Misc
Posted by Dani-Dee 22 days ago

XG has officially named their fanclub!

On July 25 KST, the rookie girl group took to their official YouTube channel to share an announcement video. In the clip, the members share that the name of their fans will now be 'ALPHAZ.' 'Alpha,' which refers to the leader of a pack of wolves, and according to the group, they would like their fans to become leaders alongside XG. The name also refers to how many fans on the Weverse platform told the group they remind them of wolves.

"We want to create a movement around the world with you guys – thinking for ourselves and not caring about stereotypes," they commented.

Alongside the name announcement, the group officially launched the fanclub, where they will be sharing exclusive content.

Meanwhile, XG is a new seven-member girl group consisting of Jurin, Chisa, Harvey, Hinata, Juria, Maya, and Cocona. They are currently promoting their second single "Mascara," which can be checked out here. 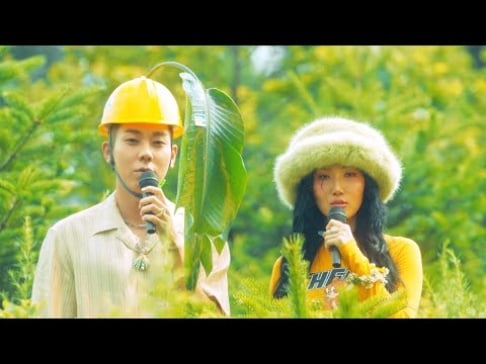 LOCO and MAMAMOO's Hwa Sa show off their fun musical chemistry in MV for 'Somebody!'

That's the most futuristic fandom name I've ever heard

Ngl, I may have some mixed feelings about this, but it's probably one of the nicer fandom names that have been chosen for groups recently lol

Will NMIXX be able to win the 'Rookie of the Year' award like their sunbae artists from JYP Entertainment?
3 hours ago   33   4,574

What K-Netizens are saying about CNN's article, "Why Western women are heading to South Korea in search of love"
5 hours ago   33   8,589

TWICE is ready to make an impression with a new set of individual and group teaser photos for their upcoming 11th mini-album 'Between 1&2'
6 hours ago   32   5,074

On Indian Independence day, an Indian teacher caught threatening a student over being a fan of "lipstick-wearing" BTS-- sparks debate on toxic anti-fan culture in India
22 hours ago   141   71,013

NewJeans' Minji rejected a personal offer from Lee Soo Man to become the center of an SM Entertainment group
1 day ago   90   107,987