WINNER's Kim Jin Woo revealed that he did not open up to his group members about the loss of his grandmother.

On the March 25 KST broadcast of Channel A's 'Oh Eun Young's Golden Counseling', WINNER made a guest appearance. On this day, the WINNER members stated, "It's been two years since we've gathered as a completed group." Here, Lee Seung Hoon said, "There are things that we talk about with each other openly, but there are also things that we don't talk about. It's to avoid fighting with each other, but also to stay within our boundaries to some extent. But I'm not sure if it's right for us to maintain this boundary." To this, Kim Jin Woo stated, "Teams can break up or last a long time. I think the reason why we don't share our inner thoughts with each other is so that we don't make a cause for arguments."

Kim Jin Woo then opened up about himself. He stated, "I had thought that I had a strong mentality, but something bad happened to me recently. I don't think I've been able to hold myself up." Kim Jin Woo then revealed for the first time, "My grandmother passed away recently. I told myself 'I have to get back up and work hard', but this doesn't seem to work. But I don't think this is a question that I can get advice for."

The WINNER members, who heard this for the very first time, couldn't help but feel a bit upset and confused as to why Kim Jin Woo had not told them such an important thing. When they asked why he had not told them, Kim Jin Woo replied, "It didn't cross my mind at all to tell anyone. But now that I think about it, I wonder why I didn't just tell them." Hearing this, Dr. Oh Eun Young diagnosed him with avoidant insecure attachment and stated, "It's also called the avoidant type, but people who have this type tend to be very positive toward themselves. However, they are not so positive about opening up to others."

Not all fighting is bad though. It can clear the air in positive ways if it gets communication flowing. Look at Super Junior. They've had so many battles amongst themselves over the years. Instead of it driving them apart though, it's made them understand each other better and grow more tolerant of each other's differences. I'm not saying Winner need to fight, but they do need to be honest with each other and communicate more. They'll probably all be happier for it.

We know that all groups may not be as close to each other as they show on screen but they're still a team and if they want to work together, they need to be open to each other to a certain degree. I don't think not sharing inner thoughts with each other just to avoid arguments is a very good way of team building. Wouldn't that just lead to a piling up of emotions and thoughts? Say for example if there was something about member B that member A didn't like and A just kept it inside themselves without talking to B or the group about it then there would come a time when it would all just explode. I feel like it's better to be open about your thoughts when you're a group who needs to work together and see each other everyday like this and even if arguments occur, you can always talk it out with everyone and by the end of it you'd be closer and stronger as a group. It's a good thing that Winner is self aware of their tendency to not share things with each other. Hopefully they can change that slowly and grow closer as people. I think that is important for a group's longevity.

AKP BUZZ
Male YouTuber cross-dressed as a woman gets assaulted by a man during live broadcast with over 10K viewers witnessing the scene
2 hours ago   15   8,031

Netizens think V and Jennie's dating rumors might be true since the agencies aren't responding
15 hours ago   151   61,756

Choi Sung Bong, the singer who faked having cancer, sues dozens of netizens who wrote negative comments about him
9 hours ago   38   9,188

A fan complains after receiving BTS goods printed on the back of another K-Pop group's recycled goods
1 hour ago   15   8,669

AKP BUZZ
Male YouTuber cross-dressed as a woman gets assaulted by a man during live broadcast with over 10K viewers witnessing the scene
2 hours ago   15   8,031 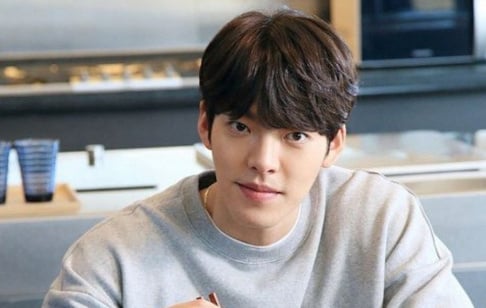 Netizens think V and Jennie's dating rumors might be true since the agencies aren't responding
15 hours ago   151   61,756