2PM makes long-awaited return with comical MV for 'Make It'

2PM is back after their long military hiatus!

On June 28 KST, the JYP Entertainment boy group unveiled their 7th full-length album 'MUST,' featuring title track "Make It." The album comes almost five years after the release of their previous album 'Gentleman's Game' in September 2016.

"Make It," which was written and composed by member Wooyoung, is a sleek R&B track that deals with a feeling that says "What should I do if love comes around again?" In the comical music video, the group combines their sophisticated and handsome concept with an apocalyptic setting, with the members dancing in GQ-ready tailored suits look as meteorites crash into cars, buildings, and sidewalks all over the city.

Meanwhile, the members will be holding a comeback showcase an hour after the album's release on Mnet's M2 digital channel.

Check out the music video for "Make It" above!

Yaas they are finally back.

Love this!!! welcome back!

Reporter Lee Jin Ho speculates that the woman pregnant with Kim Yong Gun's baby is not his girlfriend
5 hours ago   18   13,061

Veteran actor Kim Yong Gun makes a statement in regards to his premarital pregnancy scandal at the age of 76
6 hours ago   31   19,666

Netizens are worried for former IZ*ONE member Lee Chae Yeon as she is seen crying in the preview clip for the new Mnet show 'Street Woman Fighter'
7 hours ago   30   17,203

Netizens are smitten with Jeon So Mi's figure for her comeback as they say she looks like a Barbie doll
8 hours ago   59   29,460

MBC reps say it's true that a renewed season of 'We Got Married' came up for talks, but plans were ultimately scrapped
44 minutes ago   7   2,814 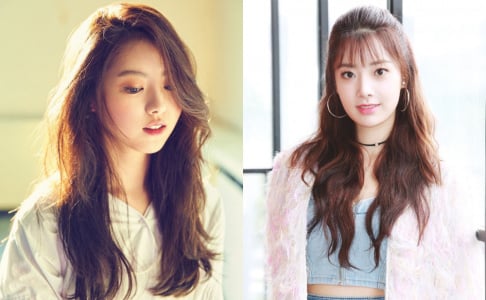