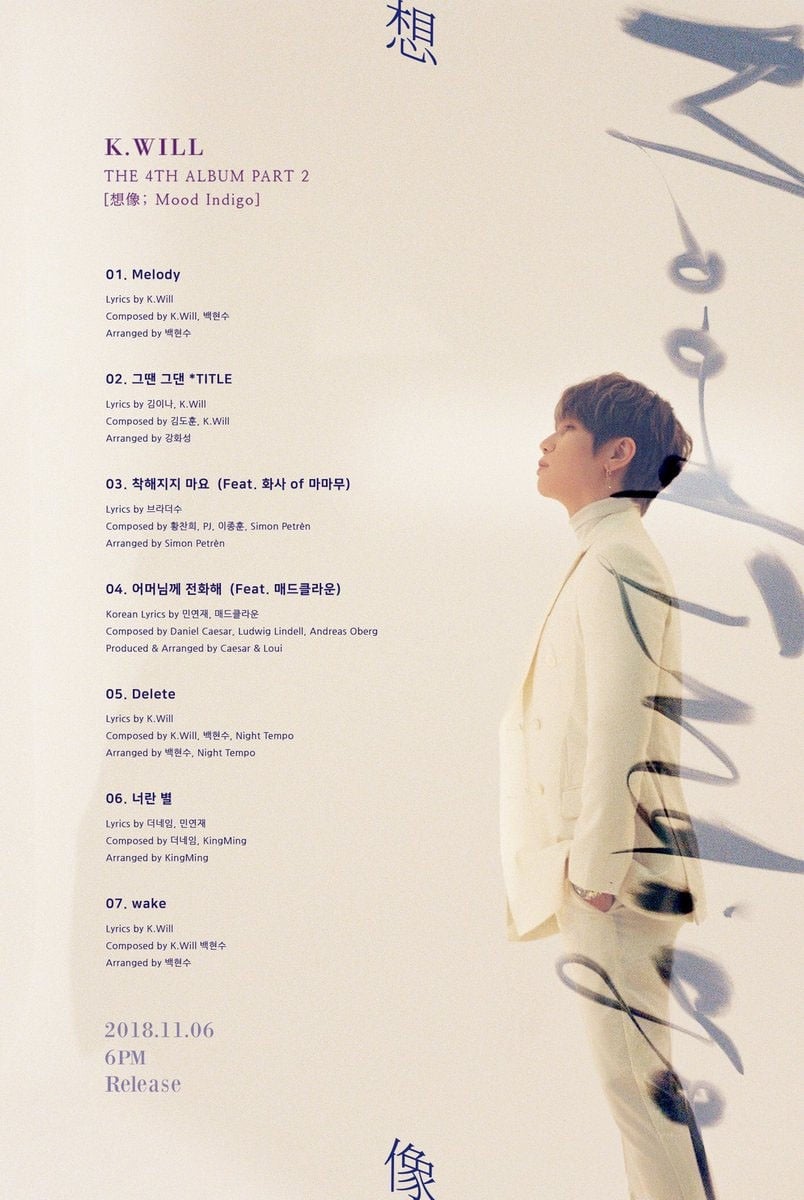 K.Will has released the official tracklist for his upcoming album 'Mood Indigo'!
The tracklist reveals a wide variety of collaborations both as producers and featured artists. MAMAMOO's Hwa Sa appears on the track "Do Not Become Friendly (literal title)," featuring lyrics written by R&B singer Brother Su. K.Will's former Starship Entertainment labelmate Mad Clown also appears as a guest rapper on "Call Your Mother," a song composed, produced, and arranged by Canadian R&B star Daniel Caesar. Such varied collaborations only raise anticipation over what kind of sound these tracks have.
Meanwhile, 'Mood Indigo' is set for release on November 6.
Check out the full tracklist above, and stay tuned for more information about this new release!
Share this article
Facebook
Twitter
0 3,731 Share 75% Upvoted

Taemin gives a snippet of this charismatic music video through the second teaser for 'Advice'
4 hours ago   10   19,766

Woo!ah! kicks off individual concept photos with teasers of member Wooyeon
11 minutes ago   0   183

SM takes legal action as the individuals who spread false information about EXO's Chanyeol was sent to prosecution
2 hours ago   26   2,438

BTS's V joins names such as Barack Obama and Taylor Swift on "You vs. People Your Age" list of most accomplished individuals
2 days ago   109   21,262