Fans are eagerly anticipating the release of 'The Glory' Part 2, especially after Netflix released an exciting new trailer

On January 23, Netflix finally unveiled the trailer for Part 2 of the popular series 'The Glory,' bringing excitement to fans.

Just through the brief scenes revealed in the 1:53 video, the plot intensifies as Moon Dong Eun officially begins her revenge on the perpetrators.

Fans commented, "I can't predict not even one thing from this, I really want March 10 to come quick," "Seems like someone is taken to court," "Is The Glory Part 2 going to be the end? If we have to wait for part 3 after this intense part 2 🥶," "I think the writer said it was only 16 episodes so Part 2 will be the end," "I wish they release all the episodes by accident in February," and "I'm going to go crazy because I can't wait." 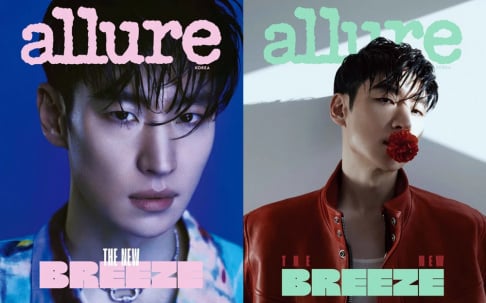 I'm one of those fans. My mom & dad loved The Glory so much, they're planning to take 2 days off from work when the 2nd part comes out. Lol.

This is Song Joong Ki and Katy Louise Saunders' future home where they will raise their first child
41 minutes ago   7   8,253

This is Song Joong Ki and Katy Louise Saunders' future home where they will raise their first child
41 minutes ago   7   8,253