Two child actors were reunited for the first time in ten years at the 2022 MAMA Awards.

At this year's MAMA Awards held at the Kyocera Dome in Osaka, Japan, many Korean celebrities made their way to the award ceremony to adorn the stage.

Many awards were given to artists in various categories, with top celebrities announcing the award winners as the presenters. In particular, two child actors garnered much attention as they were seen side by side for the first time in ten years.

Yeo Jin Goo and Kim So Hyun appeared on stage as the presenters of the 'Most Popular Male Artist' award.

The two appeared on stage with their arms linked, and Yeo Jin Goo greeted fans saying, "Hello, everyone. This time, I am greeting everyone with So Hyun."

Yeo Jin Goo continued to say, "Actually, So Hyun and I knew each other for a long time. So I think we can guess each other's music tastes."

After that, the two went on to present the winner of the 'Most Popular Male Artist' award. Kim So Hyun was the one to open the box with the artist's name on it but had a hard time opening the box. At that moment, Yeo Jin Goo comforted Kim So Hyun saying, "It's okay, it's okay. It happens."

Videos and photos of the two actors were shared in various social media outlets and online communities as fans were ecstatic to see the two again.

Netizens commented, "MAMA made Yeo Jin Goo and Kim So Hyun's reunion happen," "This couple is so crazy. The Moon Embracing the Sun's Lee Hwon and Bo Kyung, Missing You's Jung Woo and Soo Yeon," "He's so sweet," "Please be in a melodrama together," "Is this two-shot with Yeo Jin Goo and Kim So Hyun for real?" "This is making my heart flutter," and "How many years have this been?"

Meanwhile, Yeo Jin Goo and Kim So Hyun acted as the young protagonists - Wang Lee Hwon and Yoon Bo Kyung, in the popular MBC drama 'The Moon Embracing the Sun,' which aired in 2012. They also played the child roles for the main characters in the drama 'Missing You' which aired from 2012 to 2013. They stood together on the stage of MAMA in 2022, about 10 years later, and thrilled fans. 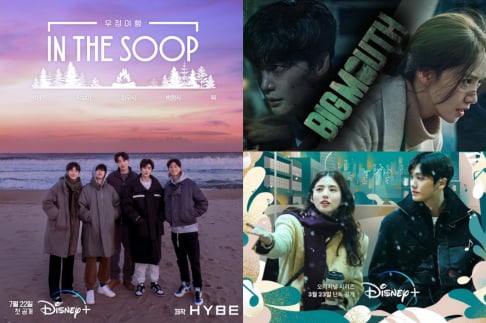 Disney reveals "In The SOOP: Friendcation" was in the Top 3 Most-Watched Shows among 45 contents in Asia-Pacific 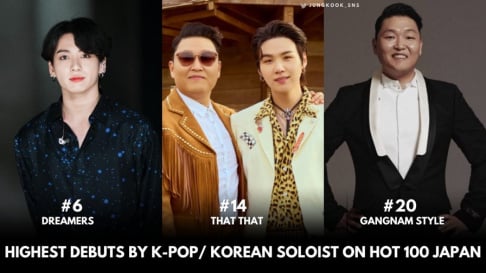 I want them in a drama together 😭😭

Can we please get them in a drama together as the main leads? They have amazing chemistry!