A song released by The Boyz member Eric to celebrate his birthday has been embroiled in a plagiarism controversy. The song that Eric claimed to have composed himself has been accused of copying another song.

On December 22, Eric released a song titled "4:03 (Jet Lag)" through SoundCloud to celebrate his birthday and shared it on social media.

However, immediately after its release, K-pop fans accused Eric of plagiarizing B.A.P's "Coffee Shop," which was released in 2013. Fans are claiming that the melodies of the two songs are very similar.

The part that fans are having the most issue with is the piano part at the beginning of the song. Many fans who have listened to the new song, which was written and composed by Eric, are responding with questions such as "Is this a different version of B.A.P's 'Coffee Shop'?" "The purpose of releasing the song and the lyrics are good but isn't this plagiarism?" and "The two songs sound so similar."

Netizens commented, "I'm pretty surprised because the songs sound the same to me," "The songs sound exactly the same," "So the producer said that he didn't sample B.A.P's song," "This is almost like a remake of B.A.P's song," "This is the same song as B.A.P's 'Coffee shop'," "It's so disappointing because this was a song for his fans," "The start of the song sound exactly the same," "I think he needs to release a statement to explain," "The beginning part is total 'Coffee Shop'," and "This is serious because the two songs are so same." 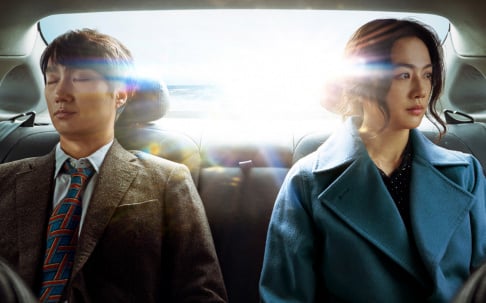 i always wonder if, in cases like this, people have heard a song somewhere, forgotten that they heard it but remember the tune and feel like they thought of it lmao. because i feel most people wouldn't be brazen enough to copy something to THIS degree (where multiple elements are basically the exact same, in a very similar order).

Apart from the moral aspect of plagiarizing somebody else's music in general, it simply makes no sense to plagiarize a song that was released in the same country just nine years ago by a popular group. The chances people would recognize the original are 100%. I don't think Eric is that reckless.

Also I wouldn't say the songs are identical, although there are similarities in the melody and the vibe of the songs. I can imagine that having heard so much music artists can reproduce something they heard previously without realizing. It would be the best if Eric could issue a statement to clarify the confusion.

LOONA’s Olivia Hye updates fans for the first time in 3 months after losing her injunction against BlockBerry Creative
46 minutes ago   2   2,152