K-Pop Groups that lost members in 2022

Many K-pop idols made their debut in 2022. However, a lot of K-pop idols have also left their bands for a variety of reasons. Some were kicked out of their group; others left on their own accord. Here are some of the groups that had lost members in 2022.

Secret Number’s Denise took to Instagram to announce her departure from the group and its agency, Vine Entertainment. On February 5, Denise released a statement both in Korean and English on her Instagram account stating her contract with her agency ended, and she would be withdrawing from the group.

Dongyo Entertainment, the agency of DONGKIZ, made an official announcement on March 18 that DONGKIZ would be rebranded as DKZ and member Wondae, who had been on hiatus because of his injury, would be leaving the group. Following the doctor’s advice, Wondae ultimately decided to leave.

BANDAGE’s Lim Hyeongbin left the group. On April 4, IST Entertainment, the agency of the group, made an official statement that the member had concluded his activities with BANDAGE and made his departure from the group at the end of March this year. After a lot of discussions with the other three members about their different views on their future, he decided to leave.

Apink’s Son Na-eun left the group after eleven years of being in it. Na-eun shared a handwritten letter on Instagram on April 8, 2022, in which she stated her decision to depart from the group. She was the only member of Apink who didn’t renew her contract with IST Entertainment last year. She is currently signed under YG Entertainment as an actress.

In May 2022, Jiho, a member of OH MY GIRL, left the group and its agency, WM Entertainment, after seven years. On May 9, the agency made an announcement that Jiho would be departing from the group as her contract was expiring and she decided not to renew her contract with them. Jiho also posted a handwritten letter on the group’s fan cafe addressing the matter.

Guk Seung-jun, better known as Chiwoo, left his group KINGDOM and its respective agency GF Entertainment this year. On May 25, the agency released an official statement, regarding this matter. According to the statement, Chiwoo terminated his contract due to personal circumstances and made his departure from the boy group and the agency.

Weeekly’s Shin Ji-yoon left the group in 2022 due to mental health concerns. On June 1, the group’s agency, IST Entertainment, announced Ji-yoon had permanently departed from the group to focus on mental health. According to the statement, she has been dealing with anxiety since her debut, and she took hiatus twice due to mental health issues. One back in August 2021 and another in March this year.

On June 17, Wake One Entertainment announced several changes to TO1’s lineup. According to the statement of the agency, after a long talk and in-depth discussion with the group, members Minsu, Jerome, and Woonggi decided to depart from TO1. Member Chihoon already left the group on April 30. A total of four members left TO1 in 2022.

On July 15, KM Entertainment, the agency of ICHILLIN’ made an official statement regarding the departure of member Sohee from the group. They stated that after talking and discussing with Sohee about her future career, both the agency and she mutually agreed to conclude her activities as a member of ICHILLIN’. Sohee also posted a handwritten letter following the announcement.

Le Sserafim, a rookie girl group, lost a member just three months after their debut. Soon after their debut, member Kim Garam was put on temporary hiatus. On July 20, Source Music, the group's agency, released an official statement announcing that the company had decided to terminate its exclusive contract with Kim Garam following her school bullying controversy.

On July 28, the agency of Fromis_9, PLEDIS Entertainment, made an announcement that Fromis_9 would be active as an eight-member group as member Jang Gyuri’s original contract with her former agency expired and she had not signed a new contract with PLEDIS. She is currently signed with Just Entertainment as an actress.

South Korean members of the K-pop girl group BLACKSWAN, Youngheun, and Judy, parted ways with the group. On July 31, BLACKSWAN’s agency, DR Music, made an announcement on Instagram that Judy and Youngheun would be departing from BLACKSWAN as they had graduated from the group. Both members decided to take different paths to fulfill their new dreams.

K-pop girl group PIXY’s Satbyeol and Ella have departed from the group. On August 27, PIXY’s agency, Allart Entertainment, made an announcement regarding the matter via the group’s fan cafe. Both Ella and Satbyeol decided to leave due to health reasons. Prior to the announcement, both members were on hiatus for health concerns.

A girl group under UMI Entertainment, PRECIOUS lost three of its five members this year. Members Ji Hyo, Lee Soo, and Han Byeol terminated their contracts and departed from the group. Lee Soo had been on hiatus for nearly a year. Although Han Byeol's hiatus had been in effect since 2021, it had only been made public in March 2022. Since the beginning of the year, Ji-Hyo was not participating in activities.

VICTON’s Heo Chan has withdrawn from the group following his drunk driving controversy. On October 11, IST Entertainment, the agency of the group made an official announcement that VICTON, would be reorganized as a six-member group as vocalist Heo Chan decided to permanently depart from the group to not cause further damage to his bandmate due to his controversy.

The rookie girl group LIGHTSUM lost two members in 2022. The agency of the group, Cube Entertainment, made an announcement on October 25 through an official statement that LIGHTSUM would be reorganized as a six-member group and members Huiyeon and Jian were officially withdrawing from the group. No clear reasons were cited as to why the girls left LIGHTSUM.

On October 27, RBW, the agency of the boy band ONEUS, released an official statement that member RAVN left the group. According to the statement, RAVN voluntarily decided to leave the group in concern to stop causing harm to the members due to his controversy. Back on October 14, a cheating allegation against him was made by an anonymous person claiming to be his ex-girlfriend.

In 2022, two of the TREASURE's members left the group. In May 2022, YG Entertainment announced Bang Yedam and Takata Mashiho’s hiatus. Later, on November 8, the agency disclosed via Weverse that both members had decided to terminate their contracts and had officially left TREASURE. According to YG’s statement, Mashiho quit because of health issues, and Yedam did so in order to grow as a producer with distinctive qualities.

A vocalist of PURPLE KISS, Park Ji Eun, departed from the group in November. The agency of PURPLE KISS, RBW Entertainment, made an announcement via the group’s fan cafe that Park Ji Eun had departed from the group due to her poor health condition and symptoms of anxiety. She visited the hospital, where the professionals advised her that she needed sufficient rest and stability. She thanked her fans in a handwritten letter.

LOONA’s member Chuu had been removed from the group by its agency, Blockberry Creative. On November 25, the agency released an official statement on LOONA’s official fan cafe. It was announced that Chuu had been expelled and withdrawn from the group for allegedly abusing her power, notably by using abusive language toward the agency's employees.

The last group to lose a member in 2022 was JYP Entertainment’s rookie girl group NMIXX. On December 9, the agency made an official announcement that Jinni would be leaving both the group and JYP Entertainment due to personal circumstances and that her exclusive contract with the agency had been terminated.

So far, these are some of the groups that lost members in 2022. Did we miss someone? Let us know in the comments section below. 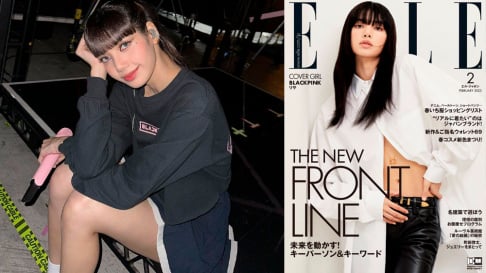 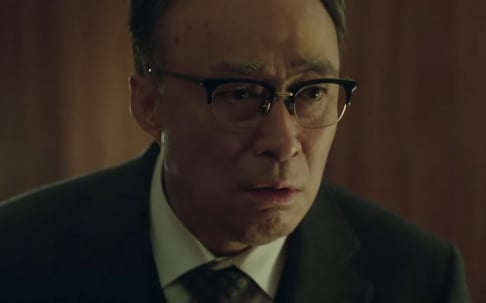 Its sad that, even when some of these allegations are proven false, these members still have to leave. Not right at all.

this just makes me sad