A representative of BlockBerry Creative has responded to an earlier exclusive report, which claimed that girl group LOONA would be making a comeback in January, 2023.

On December 7, a BlockBerry Creative rep told media outlets, "It's true that LOONA have begun preparations for a comeback; however, the exact time frame is unconfirmed. Once the schedule is confirmed, we plan to make an announcement."

Various media outlets also clarified that LOONA would be making a comeback as 11-members, not 10, as previously stated in the exclusive report. If true, this will mark LOONA's first group promotions as 11-members after Chuu's removal from the team in November of this year. 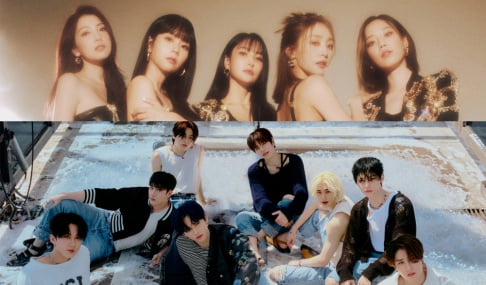 So, they are forcing them to "dance monkey dance" to make some last minute money before most of the members terminate their contracts.

Oh my god their promotions on talk shows are going to be so awkward, feigning enthusiasm and having to pretend Chuu never existed.

LOONA’s Olivia Hye updates fans for the first time in 3 months after losing her injunction against BlockBerry Creative
4 hours ago   9   10,019