ASTRO's Moonbin and Sanha are increasing the anticipation for their 3rd unit mini-album 'Incense.'

Fantagio Entertainment released new teaser photos through their official social media account on December 8 and 9. The photos were released with the concept of 'INCENSE' and 'IMPURE.'

On December 8, Moonbin's individual photos were released first. Moonbin, with white hair, radiated his unique aura with a deep gaze.

Sanha's individual teaser photos were released on December 9, where the idol was able to display his innocent and oneiric visuals. The two sets of teaser photos instantaneously grabbed the attention of fans mesmerizing them with the members' charms. 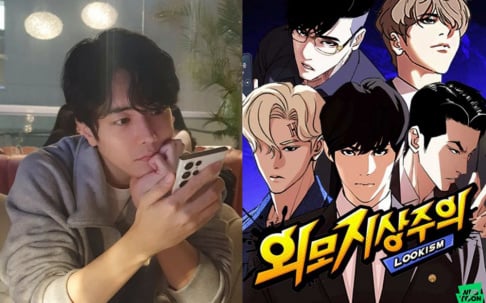 IU receives a special gift from her favorite idols, g.o.d.

The duo have the best sounds and songs of Astrol. I keep thinking perhaps that is all Astrol ever needed.👍