With this, "Daechwiita" has become SUGA's first-ever solo music video to reach the 400 million view count. It also became the second music video by a Korean male soloist and the seventh music video overall by a Korean solo act in YouTube's history to hit the milestone. 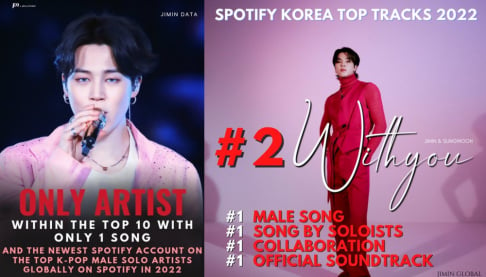 LOONA’s Olivia Hye updates fans for the first time in 3 months after losing her injunction against BlockBerry Creative
3 hours ago   8   8,560