The first day of the '2022 MAMA Awards' was successfully aired on November 29 KST. The first day event was hosted by singer Jeon So Mi, and various idols captivated with their group performances on stage. At the very end of the '2022 MAMA Awards' Day 1, actor Park Bo Gum suddenly appeared on stage. Dressed in an all-black suit, with his hair styled half up and half down, Park Bo Gum took many fans by surprise with his charismatic and handsome visuals.

Park Bo Gum announced the winner of the grand award of 'World Icon of the Year', naming BTS. However, because BTS did not attend the '2022 MAMA Awards' this year, Park Bo Gum told the audience members, "J-Hope's stage will be held here tomorrow. So, I will deliver this trophy to him tomorrow." While the award ceremony ended quickly after that, Park Bo Gum's short appearance caused a frenzy among global fans, and they took to Twitter to enthusiastically respond to Park Bo Gum's outstanding visuals. Netizens wrote, "He really has it all", "A sculpture is talking", and more. 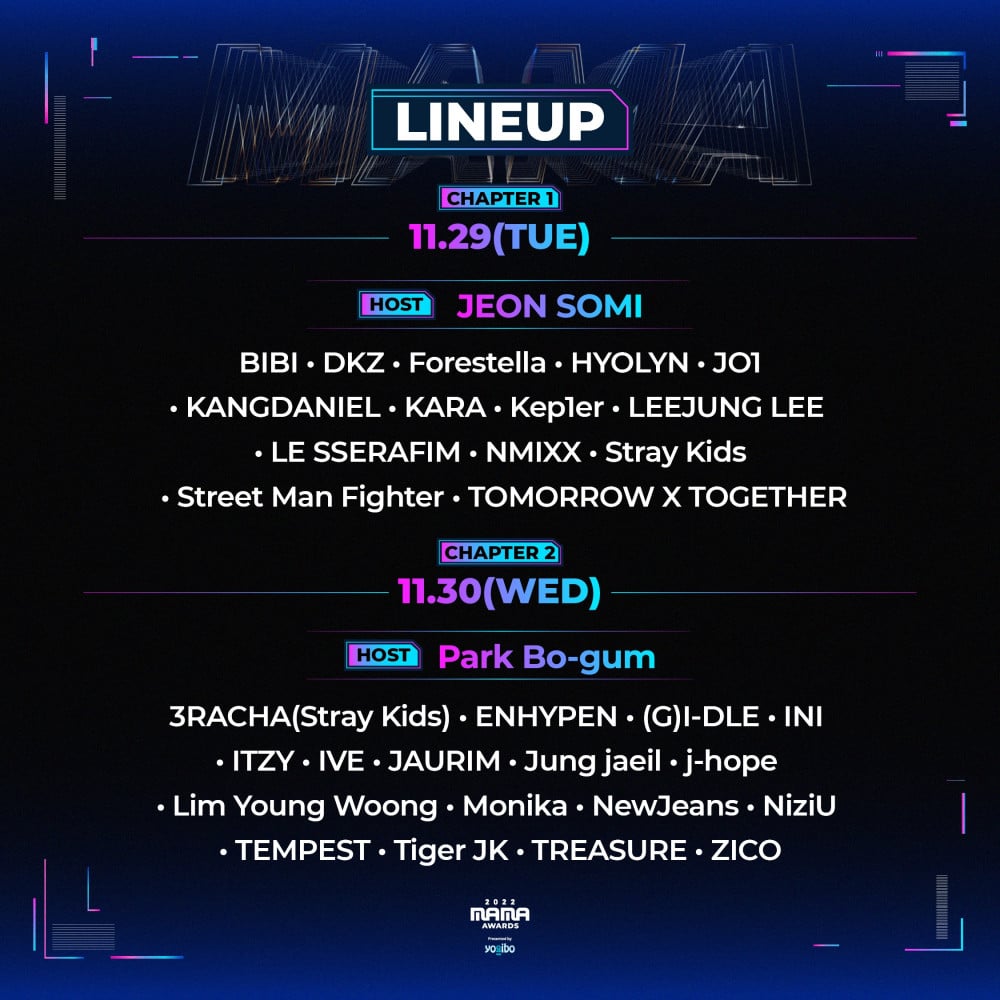 He is very easy on the eye, he takes your breath away especially when he smiles

Sharpeirox163 pts Wednesday, November 30, 2022 0
For me it is his smile. It lights up the entire room and is so infectious you have to smile with him. He smiles with his whole heart and I love that about him. He is amazing.
2 (+2 / -0)
Share

Taeyeon is receiving immense praise after changing her singing style
2 hours ago   3   4,902

BTS's V takes everyone's breath away with his stunning visuals at the production presentation for tvN's 'Seojin's Korean Street Food'
3 hours ago   14   3,891

"Why wait so long and file only after he became famous?" Netizens question the timing of sexual harassment accusations against 'Squid Game' actor O Yeong Su
3 hours ago   16   8,437

Korean celebrities with the most Instagram followers
53 minutes ago   4   2,246