[OP-ED]: Sales, votes, is K-pop becoming too much of a numbers game with mass voting wars?

K-Pop is known to be one of the most cutthroat music industries because everything moves so quickly. If you're not on trend, you're likely gonna fall behind. With new trends, concepts, and tunes having to be created all the time and with so many different groups also making their debut, the world of K-Pop music is constantly shifting, including how fans perceive the music.

Even back in 2016, mass voting, getting your favorite groups to the number one spot, wasn't something that was so highly focused on. Sure it was there, and of course, fans all wanted their favorite groups to be the number one group in K-Pop, but something has shifted K-pop into an even bigger numbers game over the last couple of years. Fandoms having detailed plans to focus more on album sales, fan votes, streaming parties, and the like. It feels like the aspect of just enjoying the music releases has long disappeared among fans of many groups. Now you're even able to see various YouTube tutorials on how to vote and stream.

There are some benefits of this, as fandoms help K-pop grow globally and get more shine overseas, but that comes with its own consequences.

Starting with the fact that as of recently, many of the song releases aren't as long as they used to be. Before, the songs that the majority of K-Pop groups would release would last a duration of anywhere between three to four minutes. However, now more commonly, songs are barely reaching three minutes.

On top of that, there are so people focused on competition with many fan wars literally all the time. With arguments of debating which group within the world of K-Pop is the one that "paved the way." The group I stan is better than the group you stan. Sure, fan wars have always taken place and have been more prominent in K-Pop, generally speaking. But these fan wars are now more heated than ever before, especially when two major K-Pop groups end up making their comeback at the same time.

Don't even get me started when promotions between several well-known groups overlap. It becomes a virtual competition. With hashtags, various streaming parties literally last all throughout the night, with some fans even creating several different accounts just so that the streaming counts rapidly increase. Then you have YouTube watch parties to ensure that the view counts on the music video hits one million views in the shortest amount of time possible.

If it's not trying to get a group to become the "Quickest YouTube music video to hit 1 million views," it's a matter of clicking as many upvotes. Especially as the end of the year comes by and the end of the year festivities are being held asking fans to vote for their number one group in certain categories. Fans will go all out to ensure that the artists they stan score the trophy.

So the question becomes, when did K-Pop get so competitive with all these mass voting wars? Where did the heart and soul of having fun and just enjoying music releases go? Since when did K-Pop have so much focus on streaming and upvotes?

It doesn't help that a lot of the streaming and voting now count towards a group winning number one on music shows, but sometimes from a personal perspective, rather than enjoying the music, it just now seems like the first thing that comes to a fandoms mind is to vote on this and that.

This is quite unfortunate because there are so many other groups that aren't as well-known with smaller fandoms and they become ousted by the larger fandoms with no voice. Especially when promotions overlap with these more prominent groups. Even though the more underrated groups may have come out with the catchier tune and a creative concept that deserves attention, due to the voting system and sheer numbers of being outnumbered, the light gets shone upon the popular group that already has a lot of shine.

Maybe it's just my nostalgia lens affecting my views as I became a K-pop fan a little over a decade ago when Big Bang, Girls' Generation, and the like were at the forefront of K-pop. Looking back, it seemed like a simpler and happier time. So what do you think? Has K-Pop transitioned into focusing more on a numbers game rather than the music? 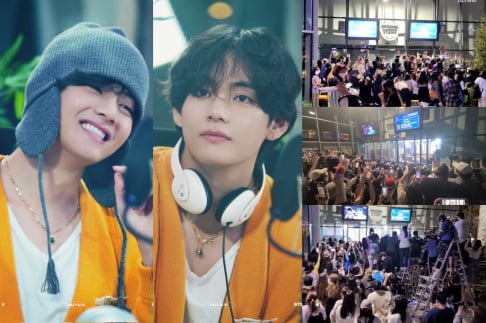 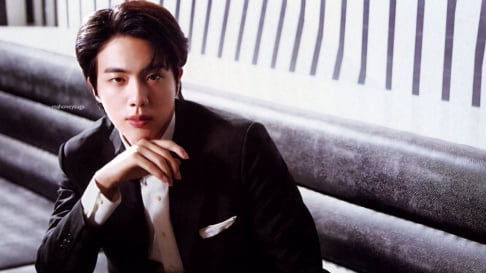 it was cute and first but now its gotten out of control and its embarrassing just how massively inflated some sales numbers are when you compare a group's popularity among the general public vs those of Gen 2 and early Gen 3.

Despite the crazy numbers I feel like these wars are killing the industry and preventing growth for newer groups especially those outside the Big 4.

There was some talk back 10 years or so whenever groups had a certain amount of album sales and YouTube views. However, it always felt like an accomplishment for K-Pop as a whole and not the accomplishment of the group and even the fandom.

Wonderfuls didn't brag when "Nobody" became the first Korean song to chart on the U.S. Billboard Hot 100, VIPs didn't brag in the face of other groups when Big Bang won Best Worldwide Act in the MTV Europe Music Awards, and SONEs didn't brag when "I Got a Boy" was the fastest K-Pop MV to reach 20 million viewers on YouTube.

I was disheartened when some of my favorite 3rd generation groups would have fans that promoted the idea of mass streaming (using multiple platforms and devices, making sure you watch a certain percentage of the video before refreshing, making sure the volume is a certain level, making sure you clear your browser history after a certain amount of listens, etc.). A song would literally just come out and the fandom would state their goals like "let's get this video to X amount of views in 24 hours!". How about you just appreciate the music? Lol.

That's why I always like how the public takes the song and not album sales, views, etc. A large fandom can help with how a song does on the charts, but the charts give a chance to artists who don't have a larger fandom.

Jinni‘s last message to fans on Bubble has sparked speculation that she was kicked out from NMIXX
6 hours ago   17   33,400

Questions have been raised in response to Hook Entertainment's statement regarding CEO Kwon Jin Young's mobility issues
1 hour ago   6   2,305