K-Netizens became shocked at discovering the past of actor Lee Jung Jae.

Following earlier reports of Lee Jung Jae snagging the male lead role in the new Star Wars series 'The Acolyte', many netizens were shocked after discovering that Lee Jung Jae has a history of DUI and assault charges during his twenties. In a popular online community forum, one netizen posted a photo of an article published back in 1999 where it reported that actor Lee Jung Jae, age 26 years old at the time, had been charged for driving under the influence of alcohol. Lee Jung Jae's blood alcohol concentration level of 0.222% (The BAC level of 0.08% is considered legally drunk).

The article published in the year 1999 read:

"Actor Lee Jung Jae charged with DUI:
On the 13th, the Gangnam Police Station in Seoul arrested film actor Lee Jung Jae without detention on charges of causing a car accident, for driving his car while intoxicated.

According to the police, Lee was driving his BMW car with a blood alcohol concentration of 0.222% in front of S Bank in Nonhyeon-dong, Gangnam-gu, Seoul around 2:10AM, when he collided with the side of a Matiz car of Miss Song (age 23, female, office worker).
At the time, Lee Jung Jae, who was in the car with fellow actor Mr. Jung, denied the allegations to the police saying, "I didn't drive, the manager took my place."

In another article published back in 2002, it reported on a second DUI incident involving actor Lee Jung Jae. It revealed that Lee Jung Jae, 29 years old at the time, had been detained for driving under the influence with a BAC level of 0.054%. According to the police, Lee Jung Jae had consumed three bottles of beer at a pub in Apgujeong-dong with his friends.

In two other articles published back in 2000, they reported on two different accounts of Lee Jung Jae's assault charges made.

The Busan Haeundae Police Station charged film actor Lee Jung Jae (25 years old) for dragging out a 22-year-old woman from her car in front of night club B, and kicking her with his feet causing injuries that require two weeks of recovery."

"It's my first time hearing about his assaults..."

"There are a lot of celebrities who did this in the past, but they were all good at refreshing their image. Loll. But nowadays, if you hit it big, you won't get off that easily."

"I knew about his DUI but it's my first time hearing about his assault, I'm shocked."

"It's my first time hearing about the assault, this is legendary."

"Lee Jung Jae hit a woman because he was drunk in his car! But Lee Jung Jae's side claims that he never assaulted her but just dragged her out." 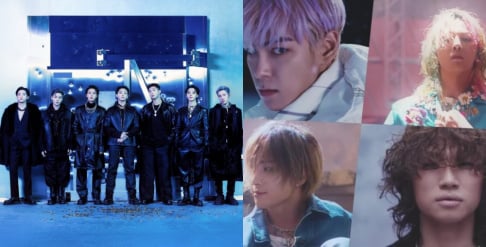 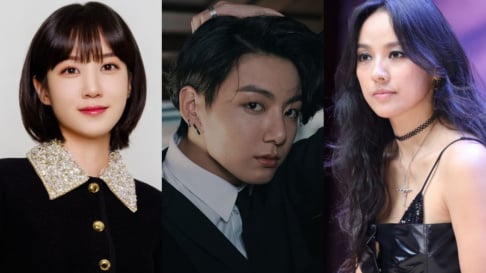 Ooh snap, looks like he poked someone the wrong way.

i can already smell the burning from netizen's wheels after discovering their beloved squeaky clean actor has messy history after the way they have treated other idols/actors who have also recently or many years ago gotten DUIs.

BLACKPINK is the first female group since Destiny's Child in 2001 to simultaneously debut at #1 on these two important charts in the US and UK
2 days ago   63   5,550