Fall is here. Let’s take a look back at some of the summer-themed K-pop songs of 2022. This summer, numerous groups made comebacks with a summery concept. Typically, a summer theme is a cheerful, colorful theme centered around summer. Music videos with a summer theme are usually filmed outdoors in locations that reflect summer, such as open fields, beaches, pools, islands, and places with flowers, bubbles, and camping.

Here are some of the summer-themed music videos of this year full of summer vibes.

Nayeon, the first soloist from TWICE, released her extended play solo album titled "IM NAYEON," with the summer-themed title track “POP.” With its catchy tune and lyrics, “POP” became a hit this summer. The music video's concept screams “TWICE” and “SUMMER.” The mv is full of fun. With a fresh summer concept, “POP” is one of the best summer-themed releases of this year.

I LOVE YOU (WINNER)

Summer king WINNER is back after two years with another summer BOP. They released their mini album ‘HOLIDAY’ and the title track “I LOVE YOU” in JULY. “I LOVE YOU” charted well in K-charts. There is a summery vibe all around the mv. The whole album shouts summer. Like the title, this song will make you fall in love with them.

Formed through Girls Planet 999 in 2021, KEP1ER made their first comeback with a summer-themed song, “UP,” along with the extended play album “DOUBLAST.” The music video is full of energy and fun. Even the lyrics are based on a cool summer theme. From an island to camping to the sea, “UP” has everything that associates with the summer concept.

FORMIS9 is known for their BOP summer releases. This summer, they also had a comeback with another summer-themed song, “STAY THIS WAY.” In the summer of 2022, they released the music video for “STAY THE WAY” along with the mini album “FROM OUR MEMENTO BOX.” The girls' can be seen with a mature appearance and beach mood in the music video.

The rookie girl group “NEW JEANS” is slaying in the charts with their debut extended play album “NEW JEANS.” Their second pre-release single, “HYPE BOY,” became viral hyping everyone. The dance challenge drew a large number of participants. The song is refreshing and catchy. After watching the music video, you'll want to throw a pool party with your buddies.

The title track from WJSN's first single album, "SEQUENCE," has a summer theme, but the music video for "LAST SEQUENCE" is distinct from other summer comebacks. In the music video, “MERMAID CONCEPT” is done aesthetically without being excessive. This song is one of the ethereal releases of this summer.

Soloist SUNMI made a comeback with a single album ‘HEART BURN’ along with “HEARTBURN” as the title track. The music video will take you back to the summer of 1966 in Los Angeles. There is no beach, no island. Still, this will give you an aesthetic summer vibe. SUNMI described the song as a romantic yet fresh love story in which the people she’s with end up dying of love fever on a summer day.

Former I.O.I member, soloist CHUNG HA is back with a summer-themed title track, “SPARKLING,” along with her studio album “BARE & RARE” in this summer. In the music video, we can see CHUNG HA in an underwater world, dancing in mermaid-themed costumes and accessories. The music video truly lives up to its name, "SPARKLING," and sparkles.

The title track of NCT dream’s “BEAT BOX: THE 2ND ALBUM REPACKAGE” is a fun summer release. THE outfits, melody, and lyrics of BEATBOX are bright and delightful, which makes it a fresh summer-themed song. In the music video, members went out with their beatbox and dance in a random place.

The title track of STAYC’s single album ‘WE NEED LOVE’ “BEAUTIFUL MONSTER,” is indeed beautiful. Highlighting their vocals, STAYC went for a song with a sorrowful tune amid summer. While the concept and visual photos of the album gave a fun summer vibe, the music video is more of a sad vibe with summer camping.

“CANDY, SUGAR, POP” is the lead single of ASTRO’s studio album ‘DRIVE TO THE STARRY ROAD.’ The song has a bright and refreshing summer theme. The enjoyable retro approach is displayed in the song video. This is a fun summer song with which ASTRO proved that they own a refreshing concept.

The BOYZ’s title song of the mini album ‘BE AWARE’ “WHISPER,” impressed the fans. The song's music video is based on a summer concept filled with fun melodies and colorful concepts. Your summertime spirit will be uplifted by the "WHISPER" music video.

LOONA's fifth extended play album, "FLIP THAT," has the lead single of the same name. The concept of the music video for “FLIP THAT” is summer and elegance. LOONA slayed their comeback with a charming but cool idea, cute colorful clothes, outstanding choreography, and soft vocals.

This summer, VIVIZ released their EXTENDED PLAY ALBUM "SUMMER VIBE." The album lived true to its name, radiating a summer vibe. The title track, “LOVEADE,” has a fresh and mature concept. Fans are happy to see LOONA in a different concept aside from the concept of “Girl Crush.”

“SCREAM” is the lead single of SF9’s mini album ‘THE WAVE OF9.’ This is a bright, colorful, fun summer-themed song. The theme of the music video is refreshing yet mature. The members dancing wearing neon-colored suits match the concept well. “SCREAM” is a suitable song for summer.

What are your favorite summer concept music videos of 2022? Let us know in the comment section. 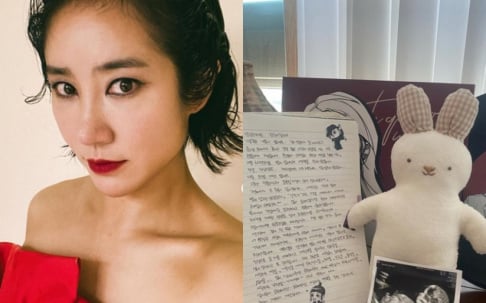 Who is the first idol that comes to mind when you hear "3rd generation girl group main dancer"?

who the hell is FORMIS9

and it's STAY THIS WAY, not STAY THE WAY

why is there loona on viviz section

bruh, please do your checks before publishing or at least bother to edit the article. or refrain from publishing please

Bang Si Hyuk alleged to have removed NewJeans' stylists after the group's performance at the 'Blue Dragon Film Awards'
2 hours ago   8   20,532

There's so much praise for the wonderful 4th-generation girl group collaboration performance at the 2022 MAMA Awards!
2 hours ago   10   3,102

YG Entertainment's sub-label THEBLACKLABEL to hold an audition for its first girl group
4 hours ago   19   3,576

Actor Couples and Pairs that showcased chemistry more than once
1 hour ago   0   1,105

There's so much praise for the wonderful 4th-generation girl group collaboration performance at the 2022 MAMA Awards!
2 hours ago   10   3,102