The dog that attacked an 8-year-old boy at an apartment complex in Ulju was saved from euthanization and taken into custody by an animal protection group.

The animal protection organization 'Beagle Rescue Network' took in the dog and stated, "The dog was docile and showed no signs of aggressive tendencies."

On August 1, the 'Beagle Rescue Network' said on its official Instagram, "Last Saturday, we took in the dog that was at the center of the Ulju accident. We received the dog from the Ulju Police Station to foster the dog during the relevant legal procedures."

The organization continued to explain, "The dog was docile and showed no signs of aggressive tendencies to the Beagle Rescue Network trainers. Nevertheless, the dog has a history of attacking children, so, we will take proper measures to foster the dog safely."

The Beagle Rescue Network continued to state, "Killing one dog does not change the fundamental issues in which why dog bite accidents occur, nor does saving one dog change it either. Through this incident, we need to know what kind of social responsibilities come with raising a dog."

The organization emphasized, "For the safety of the people, the government should quickly reinforce clear and practical measures and related laws and regulations against the so-called '1m yard dogs' and 'outdoor dogs' that are just kept tied outside without any regard to them being living animals."

The Beagle Rescue Network continued, "We once again offer our sincere condolences to the elementary school student and his family who have been seriously hurt by this incident. We, who rescued this animal involved in the accident, will try our best and fulfill our roles and obligations as a civics group so that such an accident does not occur again."

Back on July 11, a dog that got loose ran after an elementary school student and attacked him in an apartment complex in Ulju.

The incident quickly spread across the web when the surveillance camera footage of the attack was revealed online. In the video, the 8-year-old boy is seen running away from a black dog that caught up to him and bit him on his neck.

The boy was rescued by a delivery man and taken to the hospital, where he received treatment for cuts on his arm and neck.

The dog owner, who was a man in his 80s, explained that he had the dog tied outside, but the dog had gotten loose. The man signed papers to give up ownership of the dog, and there were discussions about whether to euthanize the dog or not.

However, the Beagle Rescue Network pointed out, "The fundamental problem of dog bite accidents is not solved by killing one dog. Only the dog owner who caused the incident by tying up the dog on a leash and neglecting the safety measures should take legal and social responsibility.” 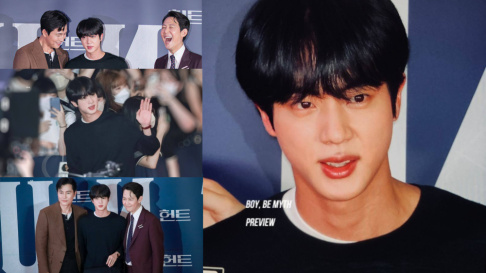 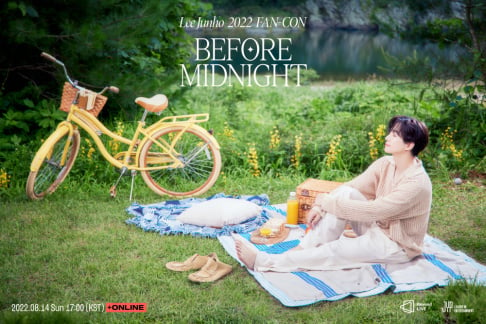 2PM's Junho to hold a solo fan-con 'Before Midnight'

We're not talking about a dog that gave a warning bite when panicked, this dog mauled the little boy in a very aggressive attack. I do not at all trust that the dog will never again attack a human. No, it's not his fault he was not properly raised and socialised, but the fact is he's dangerous.

If anything remove the dog from the elderly man. It is clearly not trained and properly maintained. 개주인이 문제구먼.

Will NMIXX be able to win the 'Rookie of the Year' award like their sunbae artists from JYP Entertainment?
3 hours ago   40   5,861

What K-Netizens are saying about CNN's article, "Why Western women are heading to South Korea in search of love"
6 hours ago   34   9,174

TWICE is ready to make an impression with a new set of individual and group teaser photos for their upcoming 11th mini-album 'Between 1&2'
7 hours ago   34   5,445

On Indian Independence day, an Indian teacher caught threatening a student over being a fan of "lipstick-wearing" BTS-- sparks debate on toxic anti-fan culture in India
22 hours ago   141   73,050

NewJeans' Minji rejected a personal offer from Lee Soo Man to become the center of an SM Entertainment group
1 day ago   90   109,296