When SM Entertainment first introduced the idea of debuting a nine-member girl group, many netizens thought that Lee Soo Man, then the CEO of SM Entertainment, was quite out of his mind. How can a group work with nine members? How is it that nine members would be able to share the spotlight? Many also even made complaints that a nine-member group was too many people. But lo and behold, this nine-member girl group would become one of the most iconic acts in the entire history of K-Pop. As Girls' Generation has made their long-awaited return with "Forever 1," let's rewind time to get a glimpse of their iconic discography!

Debuting in 2007 with their hit track "Into the New World," Girls' Generation brought all the rage; with powerful moves, the iconic high kick, and the school uniform outfits, this debut stage quickly caught the attention of many. Even today, "Into the New World" is one of the most utilized cover songs for many junior girl groups.

Following "Into the New World," Girls' Generation then started promoting an even catchier tune, "Girls' Generation," befitting their own band name. This song wasn't just known for its cute choreography but also became widely popular due to a rendition of veteran singer Lee Seung Chul's own hit song back in the 1980s.

It was within this very same album that Girls' Generation had not just one major hit but two! Following up with "Kissing You!" I mean, who could ever forget those lollipops?

But this was only the very beginning of Girls' Generation, little did these nine members know that they would create one of the most iconic mega-hits within K-Pop history. This would then lead them to soar in popularity across Asia and the rest of the world. Not only was "Gee" a mega-hit in Asia, but also in the United States, Europe, and more! This was where the colorful skinny jeans became such a fad; it was actually difficult to even get your hands on a pair of colorful skinny jeans within South Korea.

Girls' Generation created some of the iconic fashion trends that many K-Poppers know today. With their matching uniform sailor/pilot outfits during the "Genie" era. This was the era where their fandom just grew to unbelievable measures. Capturing the hearts of fellow army and military members, Girls' Generation made a name for themselves amongst military and army ranks! The iconic leg kick move also became a comedic point in many South Korean variety programs. The girls were invited to make guest appearances all over variety shows.

But the great concepts didn't stop there, Girls' Generation began to experiment more and more with the uniformed look, coming out with singles such as "Hoot" and "Oh," then following up with their Japanese promotions. These girls were everywhere, thus showing just how popular they have become! But what really shook the entertainment world was when they made their comeback with "The Boys" in 2011. "The Boys" really took everyone by surprise, for it was a completely different concept than what Girls' Generation had shown before. More elegance, sophistication, and edge. Taking a darker concept with the release of "The Boys" Girls' Generation proved that they aren't just about the cutesy, innocent charms but that they also have a very sexy and charismatic side. They served looks, the outfits were perfect, and the teaser images were also very aesthetically pleasing and screamed royalty all throughout!

Going on the bandwagon of experimenting with sound after the release of "The Boys," Girls' Generation then came out with "I Got a Boy," and this was such a mind-blowing concept. The vibrant clash of colors, the bold outfits, and makeup looks, this was a mishmash of so many things, but somehow someway, Girls' Generation pulled it off.

Going back to their roots, Girls' Generation then made their return with an edgier, classy look, all suited up to dominate the world music charts. Promotions for "Mr.Mr" led to many others also coming out with similar looks!

Truly, Girls' Generation really paved the way for many junior girl groups with their trendy outfits and performances that were top-notch. It's great to see them gathered once again after so long. Not only that, we can see just how well they worked together. After all, it's not easy to still be a part of the same group after 15 years of being on stage and spending so much time together! And with their recent release of "Forever 1," it's good to see the girls back on stage together as one! Don't you think? 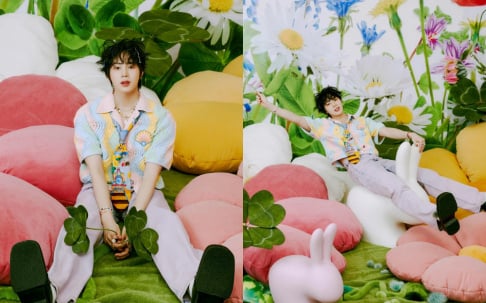 I remember when they were going to release Dancing Queen but because of copyright issues with Duffy's Mercy, they released Gee instead. Turns out, it was a good move. :)

I still take these memory trips from time to time! They are just so awesome!

#BlinksCyberBullying trends on Twitter as K-pop fans call out the toxic fans for constant cyber bullying and doxxing
1 day ago   190   37,145

Actress Bae Da Bin says she had to reveal VERIVERY's Hoyoung was her brother due to dating rumors
10 hours ago   9   25,558

"We love you Taehyung" trends on Twitter as fans flood social media with their displeasure over unfair treatment
19 hours ago   38   45,617

#BlinksCyberBullying trends on Twitter as K-pop fans call out the toxic fans for constant cyber bullying and doxxing
1 day ago   190   37,145

Social media post of parents burning all of their daughters K-pop merchandise goes viral
3 days ago   144   244,497