Netizens are finding out that NewJeans member Danielle is actually a familiar face for older K-Pop fans!

It turns out, Danielle appeared on variety programs like tvN's 'Rainbow Kindergarten' (2011) and JTBC's 'Shinhwa Broadcast' (2012) as a child. During her childhood variety appearances, Danielle went by her Korean name, Mo Ji Hye.

Many netizens were surprised by the fact that adorable little Ji Hye (born 2005) is now debuting as a K-Pop idol, and commented,

"The way she laughs is exactly the same as it was back then keke."

"That little baby is debuting..?? She grew up so beautifully."

"She looked just like a little doll when she was a kid!"

"I remember Ji Hye was always such an angel~"

"'Rainbow Kindergarten'! Such a throwback show~"

"Ji Hye was in love with Shinhwa's Hyesung on 'Shinhwa Broadcast' kekekekeke."

Watch Danielle during her 'Rainbow Kindergarten' days, below! 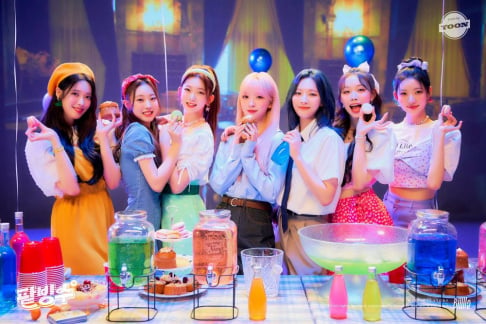 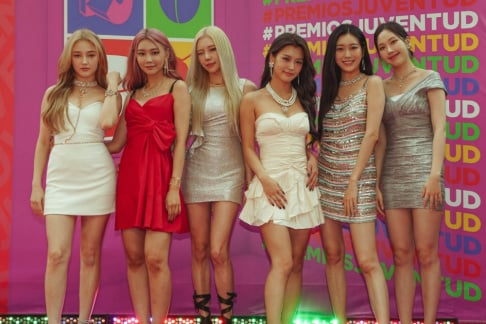 She is so cute. still got the same cute innocent smile.

"We will likely be even more awkward now", Junsu takes to personal Instagram to deny dating rumors with former Lovelyz member Kei
1 hour ago   5   4,145

A former male contestant on Mnet's 'Produce 101' season 2 sentenced to probation for threatening ex-girlfriend with a weapon
4 hours ago   19   10,326

Kang Tae Oh gives a good laugh with his little slip-up while celebrating the end of 'Extraordinary Attorney Woo'
3 hours ago   3   3,611

Even though 4th generation girl groups are all the rage these days, BLACKPINK is still BLACKPINK
9 hours ago   44   20,041

Red Velvet's Joy, Choo Young Woo & Baek Sung Chul invite you to the countryside in main trailer for 'Once Upon a Small Town'
53 minutes ago   0   345

"We will likely be even more awkward now", Junsu takes to personal Instagram to deny dating rumors with former Lovelyz member Kei
1 hour ago   5   4,145

Fromis_9 members and Pentagon's Wooseok allegedly seen entering a room bar together in Hongdae
1 day ago   106   82,923

Famous girl group member 'A' allegedly spotted outside the residence of major agency boy group member 'B'
2 days ago   86   102,323

What K-Netizens are saying about CNN's article, "Why Western women are heading to South Korea in search of love"
2 days ago   78   19,767