Kim Yooyeon, a former contestant on the survival show 'My Teenage Girl,' has been announced as the newest member of the 24 member girl group 'triple.'

Yooyeon received a lot of love and ranked consistently within the Top 2 during the show but placed 8th on the final episode of 'My Teenage Girl,' the cut-off to make the debut in CLASS:y.

Another contestant, Lee Jiwoo, was also previously announced to join the group.

During 'My Teenage Girl,' Yooyeon revealed that her parents didn't support her choice of becoming an idol and wanted her to continue studying at university.

However, In the video, Yooyeon shared, “The fans played the biggest role in my decision of becoming an idol,  so I hope we can go far together.”

Are you excited for tripleS? 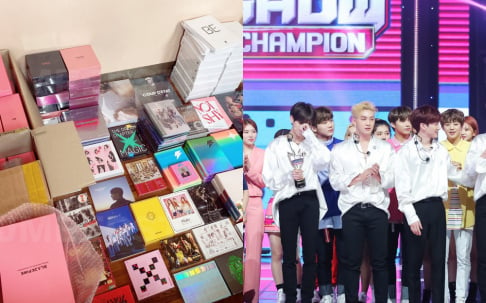 How are they splitting the money? They have to be paying them in food vouchers.
7 (+7 / -0)
Share

She's super cute, but 24 members is a really stupid move on the label's part.

Netizens think former S.M.ROOKIES member Lami is getting ready to promote as an actress under SM Entertainment
3 hours ago   3   5,394

Lee Jun Ki thanks good friend IU for sending a coffee cart to the filming set of 'Arthdal Chronicles 2'
2 hours ago   2   1,309