Netizens were impressed by the shout outs that BTS's j-hope received from some of the hottest Korean hip-hop artists right now.

j-hope recently released his pre-release single "MORE" from his solo debut album, 'Jack In The Box'. Some time after its release, the following Korean hip-hop artists gave the song a shout out.

Sokodomo also wrote, "Listened to this while I was working on music and it is giving me the 'fighting'".

Some fans have pointed out that produce Code Kunst has recently started following j-hope on Instagram.

Netizens commented in response, "As a big fan of Korean hip-hop, I'm so happy to see these people recognizing j-hope", "All of those rappers who used to give BTS crap in their rookie days... where are they now?", "I hope that these hip-hop artists are posting about 'MORE' because they were actually interested in the music, and not just because it's 'BTS coin'", "j-hope reposted some of these. It's good to see j-hope getting to know the artists in the hip-hop scene". 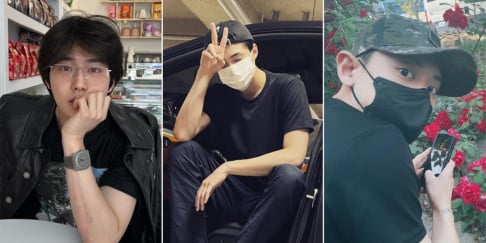 Yes! It's awesome to see MORE get the recognition it deserves. And I don't think it's just them trying to get in good with BTS fans, because these are some really well-respected names in Korean hip-hop -- not people who need to try and pretend to like an idol group for clout. That's not the dynamic at all!

Congratulations J-hope. This is a bold move..

"NI-KI is also a minor": Fans are trying to reach BELIFT LAB to protect 16-year-old ENHYPEN's NI-KI from malicious comments and Sojang's slander
1 hour ago   5   6,860

Netizen suggests set of Girls' Generation's 'FOREVER 1' MV may have been plagiarized from Tokyo DisneySea
5 hours ago   33   12,523

"NI-KI is also a minor": Fans are trying to reach BELIFT LAB to protect 16-year-old ENHYPEN's NI-KI from malicious comments and Sojang's slander
1 hour ago   5   6,860

Previously unseen photos of Kim Garam show up on the web through an unknown Twitter account
2 days ago   76   105,938