Han So Hwee mesmerized netizens with her beauty.

On July 18, one netizen created an online community forum post titled, "Did you see Han So Hwee's departure photos?" Here, the netizen included several photos of Han So Hwee that had been taken by reporters as she arrived at Incheon International Airport. Han So Hwee was seen leaving for her overseas schedule in New York, naturally exuding chic charms. In the photos, Han So Hwee was dressed in a comfortable black shirt and wide jeans, completed with a small black purse.

"She is seriously so pretty. Her unique aura is really unrivaled."

"If there is Jennie among idols, there is Han So Hwee among actresses."

"Whenever I look at Han So Hwee, it feels amazing. It makes me feel the importance of facial balance."

"She looks so good in mid-length hair."

"I am speechless because she's so pretty."

"As expected, an actress is different."

"If even her photos taken by reporters is of this amazing quality..."

"Unni, you're my summer and my youth." 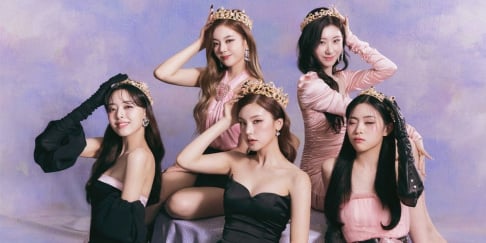 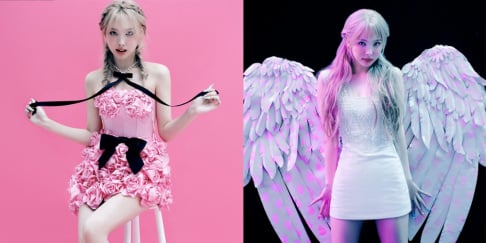 TWICE's Nayeon is an edgy, dark angel in 'Dazed'

Whoever said Han looks like Gomez should be removed from this board!

It's become painfully obvious that most Koreans must not be that attractive because the worship the plainest looking women. In the US she would be considered cute at most and probably a 7.

IVE members share a spoiler for their comeback on their way to film 'Knowing Brothers'
4 hours ago   9   3,341

Netizens react to former April member Naeun's return to acting under her new agency
6 hours ago   15   11,463

Fromis_9 members and Pentagon's Wooseok allegedly seen entering a room bar together in Hongdae
14 hours ago   83   62,484