Initial accusers of Nam Joo Hyuk are refusing to take down the article despite the actor's agency filing a legal complaint against them.

Recently, Nam Joo Hyuk's side sued the media reporter, the CEO of the media outlet, and the anonymous informant who made an initial report against Nam Joo Hyuk, accusing him of being a school bully.

The said media outlet stated, "We have no intention to take down the article. Nam Joo Hyuk's agency offered to dismiss the lawsuit if we released a corrected article but the informant's tip was coherent and detailed. We didn't get a feeling that it was certainly unfounded. There were a few hiccups in communications due to the tipper having ADHD but he said Nam Joo Hyuk made him buy the snacks, cut lines, and cussed him out. "

Meanwhile, Nam Joo Hyuk's agency released an official statement saying that they have confirmed with the actor that the contents of the school bullying accusations were not true. 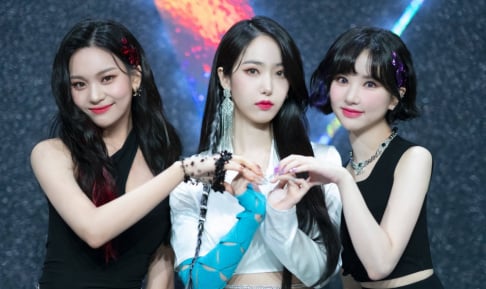 VIVIZ kicks off 'Summer Vibe' comeback with the tracklist

the fact that they have to change the period of bullying from 6 years to 2 years, and change the accuser from a victim to a witness, just shows how badly written (with bad intentions to boot) the article was - not even a basic fact check or verification.

Will NMIXX be able to win the 'Rookie of the Year' award like their sunbae artists from JYP Entertainment?
3 hours ago   33   4,665

What K-Netizens are saying about CNN's article, "Why Western women are heading to South Korea in search of love"
5 hours ago   33   8,732

TWICE is ready to make an impression with a new set of individual and group teaser photos for their upcoming 11th mini-album 'Between 1&2'
6 hours ago   32   5,100

On Indian Independence day, an Indian teacher caught threatening a student over being a fan of "lipstick-wearing" BTS-- sparks debate on toxic anti-fan culture in India
22 hours ago   141   71,255

NewJeans' Minji rejected a personal offer from Lee Soo Man to become the center of an SM Entertainment group
1 day ago   90   108,083