Netizens discussed which celebrity pulled off the 'Squid Game' costume the best.

On December 8, one netizen created a post on an online community forum titled, "Squid Game Lisa vs. Jin vs. Winter". Here, the netizen posted photos of BLACKPINK's Lisa, BTS's Jin, and aespa's Winter side by side, all dressed in the doll costume from the hit Netflix original series 'Squid Game'. Notably, Jin's costume was edited in his recent Instagram post, where he had his hair tied up in pigtails, and this edited photo quickly became viral among fans.

"Didn't they edit the clothes onto him way too skillfully? Lolllllll"

"Jin completely overtakes this round Lolll"

"Lisa is so pretty."

"I knew Winter was pretty before, but she really is above and beyond beautiful."

"Jin looks like he will definitely not listen to his mother at all Lollll TTTTT."

"All three are my favorite TTT I frickin' love them."

"The kid in the middle looks the most fierce Lolllll." 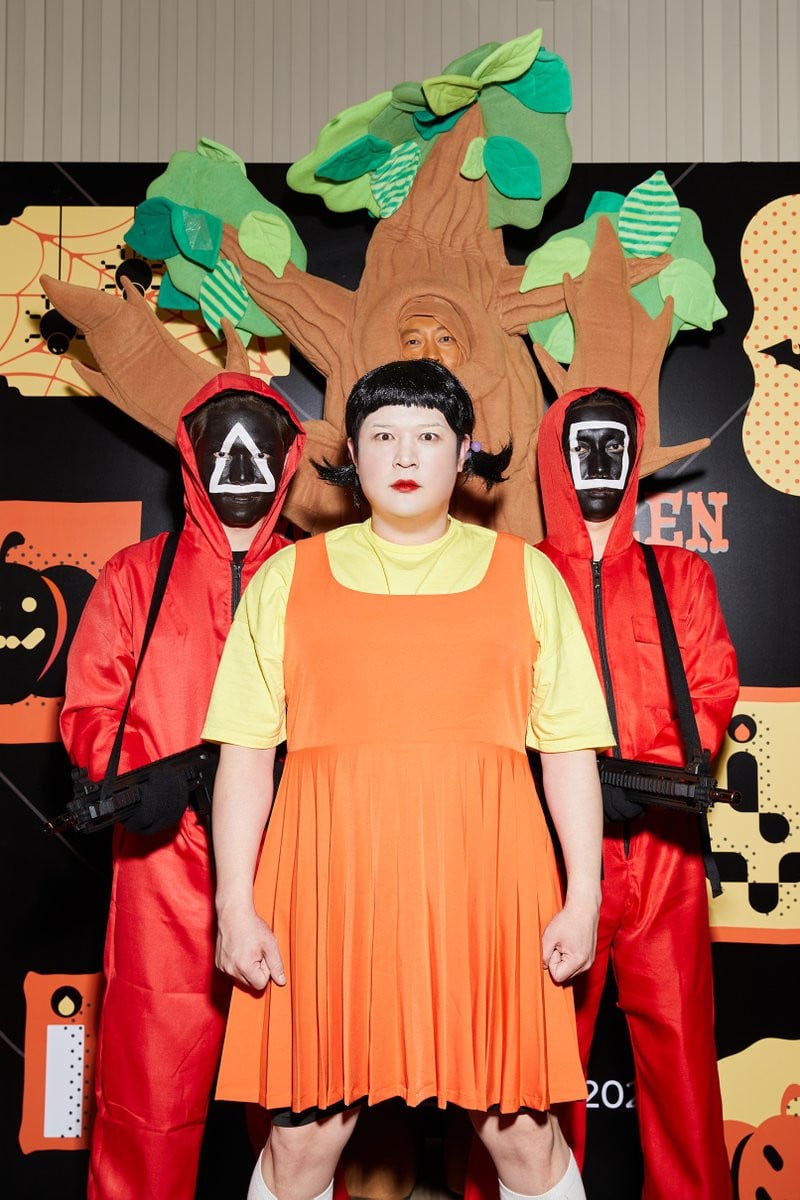 These 11 K-Pop Artists will forever be Iconic for making achievements that haven't been Broken—Yet
2 hours ago   10   4,247

Webtoons that have been confirmed to be produced into dramas or films in the near future
1 hour ago   5   3,990

VIVIZ (Former GFriend's SimB, Eunha, and Umji) radiate their elegant beauty in the new group teasers for their debut
1 hour ago   0   787

The military court has reportedly reduced Seungri's sentence to 1.5 years in prison during his final appeals trial
20 hours ago   135   20,806

TV personality Jonathan Yiombi garners praise as he reveals he will become a naturalized Korean citizen and fulfill his mandatory military service duty
1 day ago   77   13,980

"Leave her alone," Korean netizens say people need to stop targeting Free Zia as she has been punished enough
2 days ago   91   35,358