Choosing a stage name can be a difficult task for an idol. While some choose to go with more elaborate names, others choose to keep it simple with one-letter stage names. Despite these names being just a single letter, they leave a big impact!

THE BOYZ’ main dancer Ji Chang Min has once explained his unique reason for choosing Q as his stage name. He decided on the letter Q because it gives him the feeling that everything is starting.

Before debuting, BTS’ lead dancer Kim Tae Hyung had three potential stage names in mind: Six, Lex, and V. Ultimately, both the other members and agency agreed that V suited him the best, so he decided to go with V, which stands for victory.

VIXX’s main dancer Cha Hak Nyeon has a deep story behind his stage name N. It was inspired by the Japanese word “en,” which means “fate” or “destiny.” As such, N denied on the name because he believed meeting fans as a member of VIXX was his destiny.

Golden Child’s main vocalist Choi Seung Yoon is another idol with a single-letter name. In a past interview, he shared with fans that he chose Y to represent Yoon, which is the last syllable of his real name.

ONF’s main dancer Mizuguchi Yuto chose U as his stage name. He most likely got the idea because the first syllable of Yuto has the same pronunciation as the letter U!

INFINITE’s visual L is the only member of his group who has a stage name. He revealed he chose the name because of his resemblance to the character L from the anime ‘Death Note.’

While Shinhwa’s main dancer Lee Min Woo originally went by his real name, he later chose the stage name M for his solo activities beginning in 2003.

TST’s main dancer Kim Ah In chose K as his stage name, most likely because it’s the initial of his last name Kim! 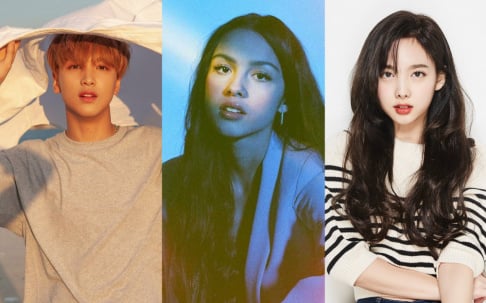 Members with difficult names to search

V suits Kim Taehyung. I can’t imagine Lex or six. Plus when you do peace signs, that’s V so it’s like his signature. 👑💜I have heard of L, but not the others. I was unaware there were so many one letter names.

Jessica Jung turns heads with her appearance at the Zadig & Voltaire show for Paris Fashion Week
10 hours ago   17   6,816