2PM's Taecyeon revealed a frightening story about sasaengs (fans) who once invaded their hotel room.

On the latest episode of 'Knowing Brothers', Taecyeon told the cast members about a time when he and Chansung's hotel room was infiltrated by a group of sasaengs in Singapore. He remarked that while they were sleeping without any clothes on, "as [they] usually do", Taecyeon and Chansung suddenly heard the room being unlocked by strangers in the middle of the night.

He said that there were some giggling noises and whispers, which made him wonder if they were some kind of ghosts. But when he spotted a sasaeng, Taecyeon let out all kinds of curse words in English, seeing that the fans were also non-Koreans.

Taecyeon added that the group consisted about 5 or 6 women and that the hotel ended up apologizing to the boys with a bottle of complementary champagne. 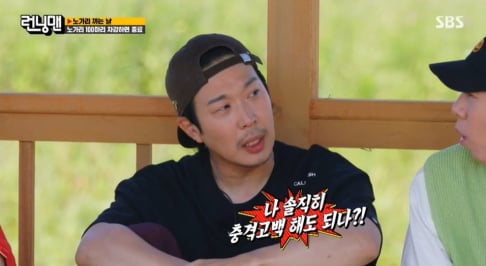 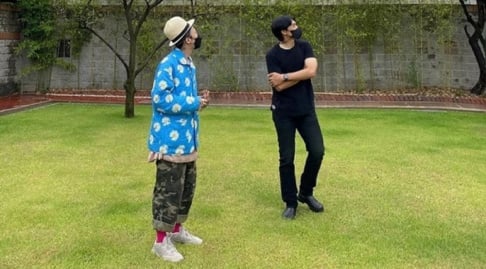 They should have sued the hotel and those women arrested for breaking in....Agencies allow this stupid behavior on purpose and its so shitty the poor guys must have been traumatized. Only a bottle of champagne like wtf the hotel should have done more or nothing at all...their cs is just embarassing

I'd want more than just a bottle of champagne if I was put in that type of situation!

The Korean Intellectual Property Office rejects HYBE's application to trademark 'BORAHAE' because it belongs to Kim Taehyung
4 hours ago   31   23,853

A cybersecurity expert says it will be very difficult to apprehend the individual who leaked personal images of BLACKPINK's Jennie and BTS’s V
4 hours ago   13   12,233

Opposite of summer songs, what songs do you listen to when the weather gets colder?
52 minutes ago   1   241

Crush's recent Instagram story raises questions on whether he is referring to recent events related to ITZY Ryujin's 'V Live'
2 days ago   57   112,618