Dramas
Posted by jieun-im 11 days ago

The first episode of 'Penthouse 3' achieves 20% in viewership ratings

SBS drama 'Penthouse 3' has made its powerful comeback.

On June 4, the first episode of 'Penthouse 3' was aired, and its city-wide viewership rating peaked at 21.9%, and maintained a nation-wide rating of 19.5%. With these high ratings, 'Penthouse 3' led as the #1 most watched show, among all drama and variety programs aired in its Friday time slot. Achieving a two-digit number percentage in ratings with only its first episode, 'Penthouse 3' has broken its own record of highest ratings among the first episodes of its three season.

With an impactful opening scene and plot moving extremely quickly with just its first episode, 'Penthouse 3' made a 90-minute long episode feel like just 9-minutes long.

Are you keeping up with SBS's 'Penthouse 3'?

I wonder if Nayeon spoiled this for Momo again. Twice fans know what I'm talking about. 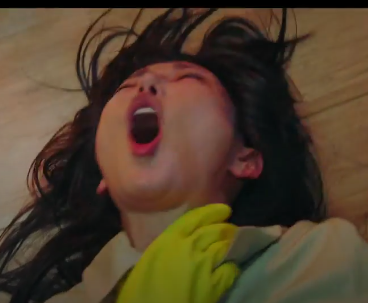 Jimin has the kindest response to a fan who felt bad for watching BTS's concert illegally
2 hours ago   27   3,275

Netizens compare and select which entertainment agency building they prefer out of the Big 4
1 day ago   109   56,252