TXT continues to show growth as artists, achieving 670,000 pre-orders for their upcoming album

According to their album distributor company YG PLUS, the pre-released comeback album of TOMORROW X TOGETHER (Soobin, Yeonjun, Beomgyu, Taehyun, and Hueningkai) has sold 670,000 copies, as of May 21.

'The Chaos Chapter: Freeze' began its pre-release sales on April 30, and managed to sell 52,000 copies in only six days. When comparing to last year October's mini album 'minisode1: Blue Hour', which had a pre-release sale of 30,000 copies, their sales have shown a tremendous improvement. With one more week left before the official release of the album, we can expect the number of pre-release sales to go even higher.

TOMORROW X TOGETHER is currently gearing for a comeback, having released the concept trailers titled, 'BOY', 'WORLD', and 'YOU'. After the release of the concept trailer 'WORLD', #TXT_FREEZE trended all over the world, showing the global fans' excitement for their return.

If I'm not mistaken I believe that is "The highest pre-order number for a 4th gen idol group" And still counting, Jesus TXT😇 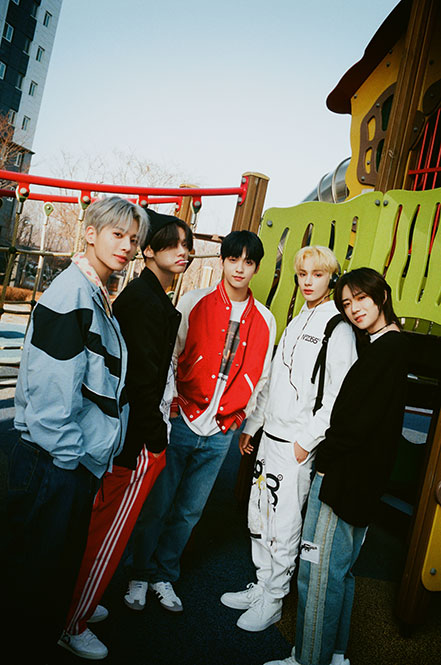 Korean netizens react to Jimin's dance and a supermodel fangirling over him
1 hour ago   7   4,225

Officials from the entertainment industry reveal that it was Song Ji Hyo's own choice to cut her hair
5 hours ago   41   16,392

Korean netizens react to Jimin's dance and a supermodel fangirling over him
1 hour ago   7   4,232

Netizens react to BTS's Jungkook hiding behind RM as soon as their "Butter" collaboration stage with Megan Thee Stallion ends
16 hours ago   54   32,060

BTS and Megan Thee Stallion surprise the audience with their 'Butter' live performance
1 day ago   68   12,366