KARD's B.M has released a dramatic first teaser film for his solo debut single, "Broken Me".

For the upcoming track, B.M has teamed up with Isaac Han, Aaron Kim, Walter Pok, Vive Studios and 8PEX for a change of sound and image from what fans may be used to in KARD. Fans will have to keep their eyes peeled for more specific details on B.M's upcoming "Broken Me" release, coming up some time in June!

With member J.seph currently away on his mandatory military service hiatus, do you want to see more KARD members debuting solo soon?

Hope this will be a breakthrough for him and Kard

I love KARD! And, can’t wait for them to make a comeback. Anyway, I’m looking forward to his solo stuff. The teaser reminds me of Jackson from GOT7. They sound a lot alike. 👍🏻👍🏻😊

Gong Yoo's agency denies the rumors that the actor had a date with Taylor Swift in New York City
3 hours ago   18   9,367

The most popular second-generation K-pop groups according to Twitter
2 hours ago   13   5,428 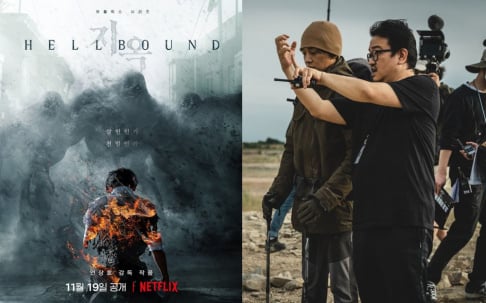 BTS can carry out their group activities until next year as all members requested an enlistment deferral
1 day ago   136   91,744

aespa makes history as the first K-Pop girl group to perform at the Macy's Thanksgiving Parade
1 day ago   62   47,778