One of the aspects many K-pop fans have fallen in love with is the visuals of the idol group members. Of course, K-pop has become a genre of its own as groups present high-quality music with perfect performances that impress fans and viewers worldwide.

However, we can not go without mentioning the heart-throbbing visuals of the K-pop group idols. Some of these idols have surreal visuals that make them seem like they pop straight out of a high teen romance movie or even a manhwa book.

Today, we listed the top visual members from the idol groups from the third-generation and onward groups.

Kim Taehyung aka V his visual is impeccable 😍

DSP Media confirmed to have filed a lawsuit against malicious netizen who photoshopped threatening comments with April member Naeun's SNS photo
2 hours ago   3   3,024 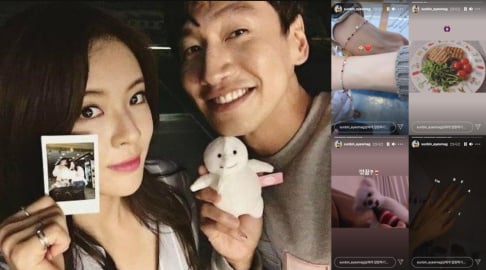 DSP Media confirmed to have filed a lawsuit against malicious netizen who photoshopped threatening comments with April member Naeun's SNS photo
2 hours ago   3   3,024

[TW] Person claiming to be Hyunjoo's little brother says she left April because she was bullied by the members to the point where she got suicidal
2 days ago   103   40,299