Actress Lee Sun Bin is in the spotlight for mentioning her boyfriend, Lee Kwang Soo.

On February 10th, Lee Sun Bin had an interview with Hankook Ilbo ahead of the release of the movie 'Mission Possible.'

Lee Sun Bin replied right away, "I think it's something that is natural. I think that was the correct thing to do. I don't regret it since I think it's natural."

However, Lee Sun Bin is not expected to appear on the SBS entertainment show 'Running Man' to promote her movie.

She explained, "I'm embarrassed. I think it's only right that I don't appear on the show in order to promote the movie so that viewers can focus more on the movie."

Meanwhile, Lee Kwang Soo and Lee Sun Bin met during an episode of 'Running Man' and announced their relationship on December 31, 2018. Since then, they have continued to grow their love.

I think they're so cute together. I'm so happy for them!

Sunoo trends on Twitter as fans take to social media to express their dissatisfaction with ENHYPEN members constantly talking about his weight
3 hours ago   21   19,405

BLACKPINK's Jennie boasts of her loveable charms with cute freckles while eating a burger
57 minutes ago   15   1,374

April's Chaewon reveals her side of the story in response to the claims made by Hyunjoo's brother, via lengthy fancafe post
18 hours ago   65   17,331 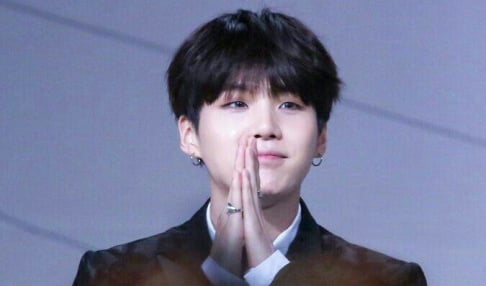