News
Posted by olmal 28 days ago

A recent government report revealed the most beloved Korean celebrities around the globe are BTS and Lee Min Ho.

On January 28, according to the '2021 Overseas Hallyu Report' which was announced by Korea's Ministry of Culture, Sports and Tourism and the Korean Foundation for International Culture Exchange, BTS was the most popular K-Pop star while Lee Min Ho turned out to be the most popular Korean actor.

8,500 respondents from 18 different countries, including the United States, China, and Japan were surveyed for the report. The survey was conducted online from September 24 to November 4th of last year, asking questions related to Korean cultural content.

You can read the full report here.

It is an official announcement from the government of South Korea. Not made by any fan....

Just as the "Nation's Treasure" title was given to one & only BTS with clear words.

Well no surprise, BTS are BTS, No explanation needed really 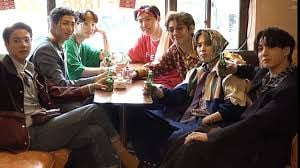 Stray Kids's Hyunjin once again personally apologizes to his former classmates in a handwritten letter
3 hours ago   54   12,213