(The finest beauty of BTS Jin captivates all ages)

BTS collaborates with various parties, one of which is Tokopedia. Tokopedia is one of the largest online buying and selling sites in Indonesia. On January 25, 2021, BTS participated in a live broadcast held by them with the name Tokopedia WIB (Waktu Indonesia Belanja/Indonesia Shopping Time).

Besides performing several songs, BTS also brought interview sessions that entertained fans who missed them. Fans are delighted to be able to watch BTS. This can be seen from the enthusiasm of the fans that made the event viral. In particular, Jin, who was wearing a yellow shirt and green pants, also caught the audience's attention. Jin became trending with the nickname "Mas Ganteng" (meaning "Handsome Guy" or "Mr. Handsome"), which he got when BTS participated in the previous Tokopedia event.

But it was not only fans who were captivated by Jin's magnificent beauty. He also caught the attention of fans' mothers through the event when their children watched BTS. Local mothers (Indonesian mothers) are also attracted to the finest beauty of Jin.

My mom also said that Jin is cool and the calmest of the others.

"Who is the one in turmeric yellow shirt? He is handsome". Jin’s charm is undoubted.

During the BTS interview, my mom said the one in yellow clothes is handsome. I said in my heart he is WWH.

Jin’s stans, your troops are increasing with my mom.

My mom asked me, “Who’s the one who gave the thumbs up? Handsome”. My mom’s taste is excellent.

Why do many mothers like Seokjin? Please explain to me.

Because mother’s type of ideal man is Seokjin. My mom likes Seokjin too.

Previously, Jin got the nickname "Nation's Son-in-law" as he was in the 'Idols that mothers can easily confirm at the first meeting of the bride and bridegroom's families" (read). Jin has said in the past that he wants to do acting as someone who is loved by mothers. He also always won the 'Idol with free pass at in-laws' polls by Korean netizens.

It looks like Jin is not only the Nation's son-in-law but also the Worldwide's son-in-law. 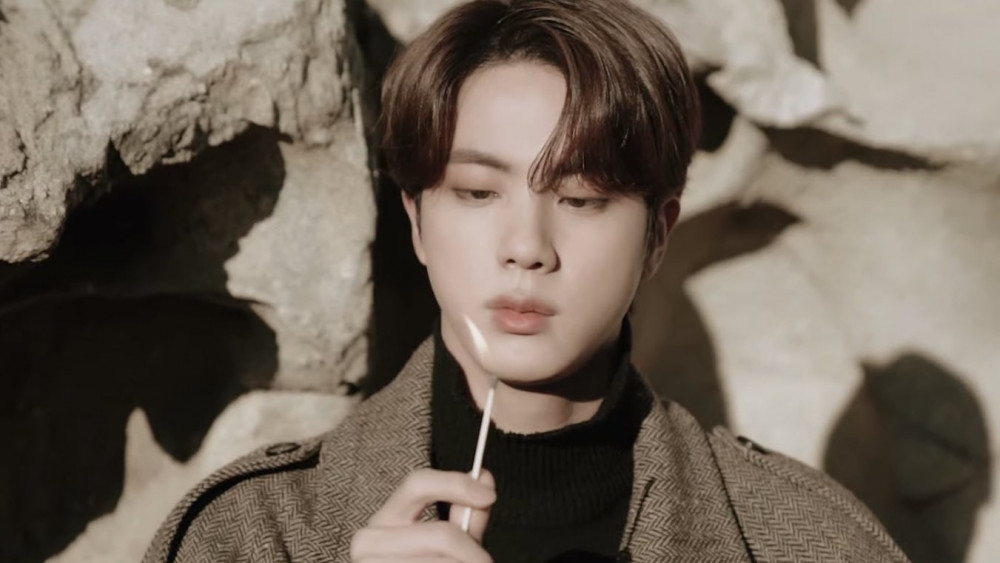 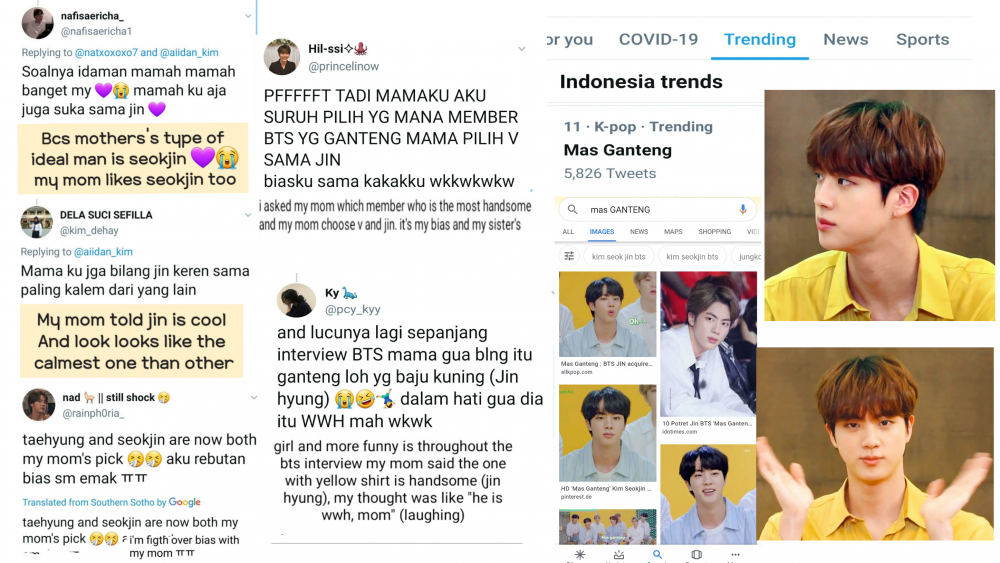 [TW] Person claiming to be Hyunjoo's little brother says she left April because she was bullied by the members to the point where she got suicidal
8 hours ago   62   24,473

Second accuser, owner of 'The North Face' jacket, reveals they were also asked to meet with Cube Entertainment reps
21 hours ago   55   49,089

Stray Kids's Hyunjin once again personally apologizes to his former classmates in a handwritten letter
3 days ago   126   26,824