TXT's Taehyun explained to fans how he suffered a finger injury.

On October 29 KST, Taehyun stated on WeVerse, "It's been 3 days since I made my comeback, and I accidentally bumped into MOA (official fan club name) while preparing for an entertainment show. I was hoping to meet you all quickly, and my right little finger cracked."

He continued, "The hospital said if I maintain it well, I will get better without any side effects. They said that I need to wear a guard to make it pretty quickly, so I'll have to put on a guard for the time being on stage. It's no problem in itself to climb up on stage. Our MOA don't have to worry too much. I'm fine."

Taehyun concluded he'll try to recover as soon as possible, and he apologized for causing his TXT members and MOA to worry.

In other news, TXT recently made a comeback with "Blue Hour". 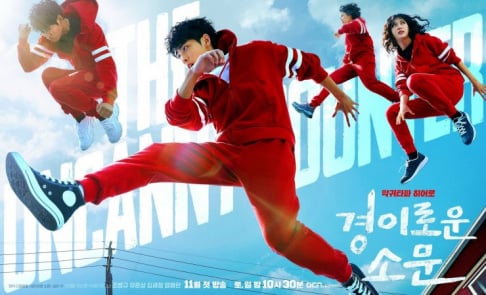 Demon slayers in a K-Drama: 3 things to look forward to in Netflix's latest addition 'The Uncanny Counter'
8 minutes ago   0   356

Sojung opens about the difficulties in promoting after Ladies' Code's tragic accident
35 minutes ago   1   2,120

BTS’s Music Project Manager Jimin trends worldwide after he got what he asked for as all 7 songs from ‘BE’ debuts on the Billboard Hot 100
1 hour ago   4   1,222

Jennie begs to leave her personal Instagram account alone after hacker steals it for 2 months
2 days ago   60   141,449