Jungkook revealed he participated in directing BTS upcoming MV and trended at #1 worldwide, US and Canada after his live streaming

BTS' Jungkook went on a surprise Youtube live streaming today, and ARMY worldwide are rejoicing and celebrating. The live streaming is part of BTS members' series of vlogs to update the fans about their upcoming self-made album 'BE,' and in the 29-minute live, Jungkook mentioned his role for the album which is the Project Manager (PM) for the upcoming MV. Jungkook mentioned he participated in directing and filming of the MV and added that he will not reveal the parts which he directed because he believes ARMY will find it out by themselves.

Following his surprise live, Jungkook trended worldwide at #1 with over 1million tweets and 11 keywords! Among them are "JUNGKOOK", "JEON JUNGKOOK", "JUNGKOOK LIVE", " JUNGKOOK IS LIVE" and "PARTY PARTY YEAH", the phrase which he uttered while he was playing with the camera filter. It seems like everything will either trend worldwide or sold out if it came from Jungkook's mouth.

Jungkook also trended #1 in the US (of course), Canada, Australia, Malaysia, India, Algeria among many others. He also trended on Twipple and Yahoo Japan and trended for 2 hours on Tsuiran Japan after his YouTube live.

Fans worldwide couldn't stop talking about Jungkook's live (and how they missed it because of work, school or sleeping) and the fact that he participated in directing the upcoming MV. Some of their comments as below:

"Jungkook said he doesnt think of himself as a director just because he participated in directing the MV... he just did it and really enjoyed it"

Not only ARMY, even MTV UK posted about how Jungkook's live had hit them hard. Well, couldn't blame them. Worldwide IT Boy drives everyone crazy. 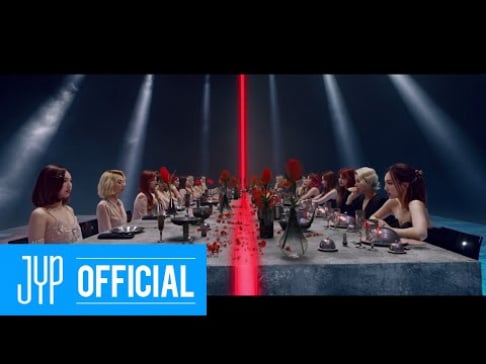 TWICE see themselves in 'I Can't Stop Me' MV story teaser

I was really hoping Jungkook would be involved in the directing of the video, I have loved all of his GCF videos. I’m so happy he’s getting a chance to participate in a BTS MV and I can’t wait to see it!!!

Worldwide trends is his playground for real...... anyways i’m 100% sure the MV will be epic

Girls' Generation explain why YoonA is currently acting as the team leader
5 hours ago   19   16,505

"NI-KI is also a minor": Fans are trying to reach BELIFT LAB to protect 16-year-old ENHYPEN's NI-KI from malicious comments and Sojang's slander
7 hours ago   30   19,369

Netizen suggests set of Girls' Generation's 'FOREVER 1' MV may have been plagiarized from Tokyo DisneySea
10 hours ago   44   22,835

Super Junior's Leeteuk & Shindong introduce their food business as guest CEOs on 'Boss In The Mirror'
3 hours ago   10   1,976

Previously unseen photos of Kim Garam show up on the web through an unknown Twitter account
2 days ago   78   107,717