After a fake photo of Chanyeol and Rose spread online, Dispatch warns they will take strict legal action against anyone who spreads false information using their watermark

In light of the recent controversy of EXO member Chanyeol, there was a photo of Chanyeol with BLACKPINK's Rose floating around the web.

After seeing the photo, rumors surfaced that Chanyeol and Rose were dating as people started to claim that the news outlet Dispatch had reported on the photo taken of the two. The photo also appeared on various online communities back in 2018 and had resurfaced in light of Chanyeol's recent allegations.

The alleged ex-girlfriend of Chanyeol had claimed the idol member had slept with various other girls, including girl group members. As the rumors spread, Korean netizens have revisited the photo of Chanyeol and Rose from 2018. Some netizens believed the photo was real due to the watermark and the photo being manipulated to look like it was released by Dispatch.

However, the photo was proven to be a fabrication. Furthermore, it was revealed that Dispatch had never even reported about the two idol members dating.

After the photo resurfaced, Dispatch posted a warning on their Instagram page. They stated they will take strict legal action against anyone who uses the Dispatch name to spread false information.

They also clarified that the photo of Chanyeol and Rose floating around the web is false and photoshopped.

Dispatch: only we can leak people’s private lives out there 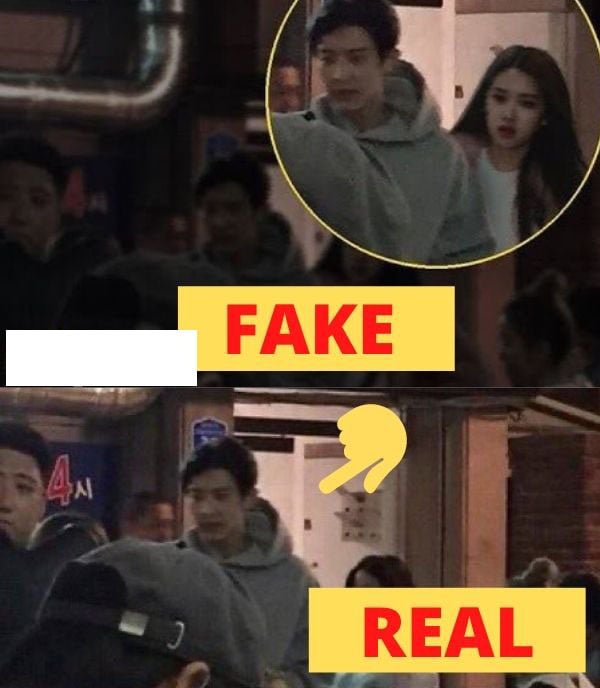 Since AKP wouldn't put an effort to show the actual photo.

Dara reveals she's decided to live in a hotel for half a month due to renovations at her house
2 hours ago   2   6,028

SHINee's Taemin to join the army's music corps during his mandatory service
2 hours ago   5   2,403

Actress Han Ye Seul will become a free agent in June, after deciding not to renew with her current label Partners Park
2 hours ago   1   1,584

Dara reveals she's decided to live in a hotel for half a month due to renovations at her house
2 hours ago   2   6,028

April's Chaewon & Yena say that Hyunjoo is unfairly accusing them as 'assailants' and acting as a 'victim', the truth will be revealed
3 days ago   219   54,740

Former April member Hyunjoo personally admits she was physically & verbally bullied by her group for 3 years, DSP will not let her terminate her contract
3 days ago   144   74,458