Super Junior's Kyuhyun talked about his favorite 'visual members' of the group.

On the September 5th installment of 'Point of Omniscient Interference', three Super Junior members - Kyuhyun, Donghae, and Eunhyuk - guested on the show to reveal a part of their daily lives. At the studio, Kyuhyun gave his opinions on who he personally thinks is the "#1 visual of the Super Junior".

Kyuhyun said, "Our team's visual is Donghae. When I was a trainee, all the Super Junior members came to the practice room altogether, and it looked like Donghae was someone straight out from a manga series."

"I thought so as a trainee, and I still think that way now," added Kyuhyun. In regards to Eunhyuk, Kyuhyun comically added, "When I first saw Eunhyuk, he seemed a bit familiar. I felt that we could be friends quite easily."

In the episode, Donghae was filmed inside his luxurious home overlooking the Han River. With a piano in the living room, the house looked modern overall. Throughout the program, Kyuhyun repeatedly remarked, "Wow, he doesn't have to do anything. He's so handsome."

Looking at Kyuhyun, Jun Hyun Moo jokingly asked, "Are you in love?"

Do you want to see more of Super Junior on this program?

The way I knew this was about Donghae before I even clicked on it. He's always been Kyuhyun's visual pick. 😀

Kyuhyun is just the personification of us ELF when it comes to Donghae, lol. He really is freaking handsome, though. Like he's the softest baby, but strong visuals! 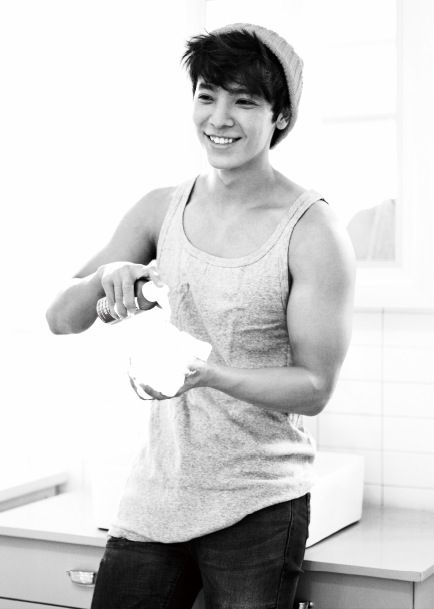 One of the biggest online communities lists idol members by popularity
17 hours ago   67   29,306

One of the biggest online communities lists idol members by popularity
17 hours ago   67   29,306