Bang Shi Hyuk revealed to have given BTS members some of his Big Hit Entertainment stock, predicted to be worth almost 10 million KRW

Bang Shi Hyuk has decided to forego some of his stock to the BTS members before Big Hit Entertainment goes public.

Big Hit Entertainment is finally on the final stages of going public, with the IPO process being reported on September 2nd with goals of entering KOSPI (Korea Composite Stock Price Index) on the 10th. According to the report, Bang Shi Hyuk handed over 68,385 shares of stock to each of the seven BTS members. 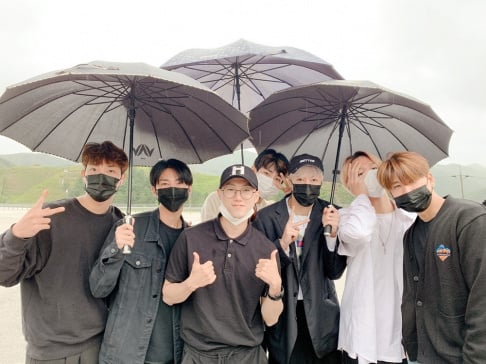 I'm glad they are getting some of the stocks. They have worked very hard for almost a decade. I also appreciate that BTS gives a lot of money to charitable causes and important issues. No use in having all that money if you can't do something good with it!

thats good. i used to worry about jungkooks future but now i see i wont have to worry. which is good. big hit ate jungkook's entire youth. they owe him everything

BTS's Jimin is spotted at the Incheon International Airport departing for the U.S.
2 hours ago   5   3,233

K-Netizens have a heated debate after Jeremy Erlich, Spotify's Head of Music Strategy, is frequently spotted with BLACKPINK Rosé
1 day ago   146   75,930

In light of KARA's recent group comeback, what are the possibilities of other groups like Miss A reuniting?
22 hours ago   64   14,167