There is only one day left until the debut of YG Entertainment's rookie group TREASURE. On August 6th KST, TREASURE has unveiled another teaser poster counting down to their upcoming debut.

The teaser poster is titled 'D-1' marking only one day until the official debut of the new boy group. In the teaser poster, all members stare into the camera with confidence as they are dressed in various casual clothing.

They will be making their debut with a single album titled 'The First Step: Chapter One' on August 7th at 6 PM KST. Stay tuned for more teasers until their debut!

one day away! it's finally happening! let's go boys!

i love the styling. Treasure boys look gorgeous! I can't wait to see the MV and their debut stage at Inkigayo!!!

Fan who works part-time at a burger restaurant goes viral after EXO's Baekhyun tweets he'll be there some time soon
2 hours ago   6   3,425 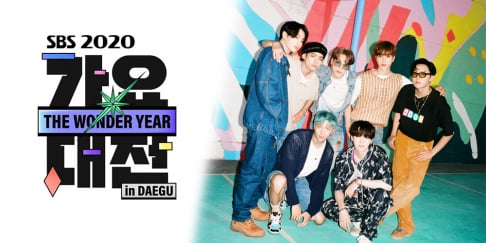 Chinese newspaper suggests BTS was nominated for Grammys thanks to China, suggest they "think twice before voicing their opinions in public"
12 hours ago   92   24,490