CRAVITY is getting even closer to their first comeback!

On August 10 KST, the rookie group's agency Starship Entertainment unveiled the official tracklist for their 2nd mini album 'Hideout: The New Day We Step Into.'

According to the teaser, the album contains seven tracks in total: "Flame," "Believer," "Ooh Ahh," "Realize," "Hot Air Balloon (lit. translation)," "Sunrise," and "Breathing." The agency has yet to confirm which track is the lead single.

Another noteworthy reveal is that the group's rappers Serim and Allen participated in the rap-making for two of the tracks, "Believer" and "Realize."

Meanwhile, 'Hideout: The New Day We Step Into' is set for release on August 24. Teasers for the album will continue on August 12 with the first set of concept photos.

Check out the full teaser below! 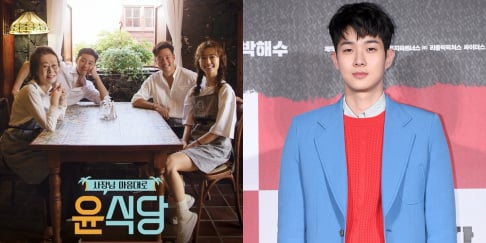 Fan who works part-time at a burger restaurant goes viral after EXO's Baekhyun tweets he'll be there some time soon
1 hour ago   6   2,908

Chinese newspaper suggests BTS was nominated for Grammys thanks to China, suggest they "think twice before voicing their opinions in public"
12 hours ago   92   24,320