Jaejoongto release a second edition of Japanese covers through「Love Covers Ⅱ」album,upcoming July 29. A part of the album sales will be dedicated to charity for medical staff.

The artist had a successful first cover album 「Love Covers」, which has won him, the Japan Record Awards /Planing Award (Best 3 Albums in Asia) and a Gold certification from the Recording Industry Association of Japan, also topped Oricon and Billboard weekly album sales last year.

About his upcoming album, Jaejoong commented: "I was considering what I could do during this difficult time, so I thought it would be nice if I could sing songs that you're familiar with, and delivering it with my voice so I decided to make this album. Most of the songs I picked this time, were songs I have never sung live before,  I poured my own emotions while recording each song. I believe it's a good album, so I hope everyone would listen to it."

Check out below a short version from the making process of 「Love Covers Ⅱ」at the recording studio, which has already left fans in awe with Jaejoong's rich and outstanding vocals:

Meanwhile, Jaejoong is set to comeback as a monthly MC on NHK's Radio "POP★A" through a remote live broadcast directly from South Korea on June 24, 2020.

Jaejoong received an appreciation letter/certification from the National Center for Global Health and Medicine, NCGM for his donation to support their work on preventing the spread of COVID-19, check out the content of the letter below:

"Dear JB's (KIM JAEJUNG), Inc.
This is the Center for the Advancement of Medicine. You've shown us a deep understanding, and you've given us a hand in dealing with the new corona spread. So we're here to thank you for your kindness. We would like to express my deepest gratitude.

The artist expressed on his SNS: " I'm certain, it will be a big help at least for someone. Thanks to everyone, I'm glad I could donate even a little! Thank you always, I sincerely hope that the old peaceful days will come back soon" 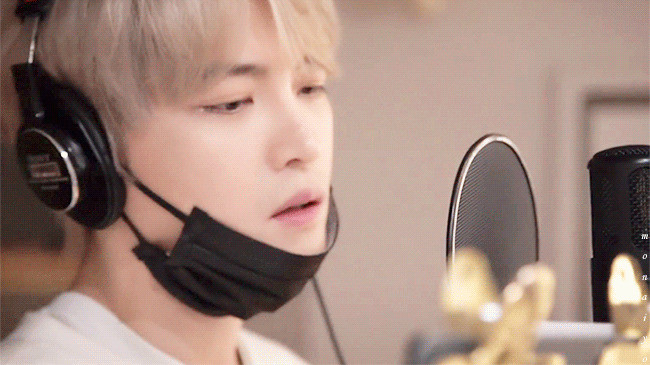 I can't wait for listening to this album.love cover 1 was fabulous and lovecover2 will be a masterpiece too.jaejoong is really a talented singer and kind person.

Hong Suk Chun calls out conservative YouTuber who keeps mentioning him
2 hours ago   16   4,937

Korean netizens in awe over the unrivaled scale of BTS concerts all over the world
5 hours ago   7   9,157

Hong Suk Chun calls out conservative YouTuber who keeps mentioning him
2 hours ago   16   4,937

Chinese newspaper suggests BTS was nominated for Grammys thanks to China, suggest they "think twice before voicing their opinions in public"
2 days ago   119   32,769