Singer Jamie, formerly known as Park Ji Min, expressed that she wants to get rid of her old image.

Competitors showed off their skills on the May 21st broadcast of Mnet’s reality hip hop competition show ‘GOOD GIRL’. The showcase was meant for other artists to check out the performances of the contestants so they can form crews.

MC Din Din introduced Jamie saying that she “rose to fame due to her singing ability on ‘K-Pop Star’ but is no longer a girl. Jamie will show a new side to herself.” She stated: “I felt like I was trapped in my performance of Adele’s 'Rolling In The Deep’ on the first season of ‘K-Pop Star’ so I felt the ambition to open up the possibilities for me on stage. I want to drag out more of myself and show myself as Jamie. I am that gangster.”

Stay tuned to see more of Jamie on this exciting reality show! Check out Jamie’s performance of Kehlani’s “Gangster” below.

I loved how she made the song, "Gangster" her own. Honestly, her performance was definitely my fave from that episode. I'm looking forward to her next stage with Ailee!

BTS’ Jungkook trended higher than the NBA finals at #1 worldwide after BTS performed ‘Black Swan’ on the Jimmy Fallon Show. "Jumped up to the top LeBron"
4 hours ago   11   6,276 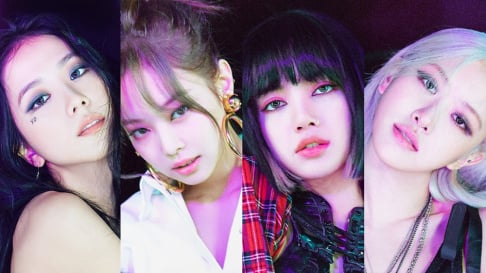 BTS’ Jungkook trended higher than the NBA finals at #1 worldwide after BTS performed ‘Black Swan’ on the Jimmy Fallon Show. "Jumped up to the top LeBron"
4 hours ago   11   6,276

BTS reveal gorgeous performance of 'Dynamite' in front of Gyeongbokgung Palace
2 hours ago   4   2,240