Idols who fans thought were the maknaes of the group

The maknae of a K-Pop group is known as the youngest member of the group. However, some fans have noticed that there are many K-Pop group members who could totally pass as the maknae despite being one of the older members. Check out these idols who fans thought were the maknaes of the group!

While Jungkook may officially be the group’s youngest member, Jin has been labeled the unofficial maknae by fans because of his playful attitude. He loves to fool around with his members, who have no choice but to accept all of his antics.

It’s hard to believe that Jisoo is the oldest member of the group because she is full of aegyo. Her liveliness can be seen on variety shows, broadcasts, and fansigns.

His youthful appearance had a lot of people thinking he was the maknae.

WINNER’s Jinu is famous for his youthful appearance, which makes him look like the maknae of the group. Despite being the eldest, he is full of aegyo that never fails to charm fans.

Fans cannot help but be jealous of Taeyeon, who seems to have found the fountain of youth. In addition to having a youthful appearance, Taeyeon has a bright personality that makes her seem like the maknae.

EXO’s Xiumin could totally pass as a maknae with both his appearance and his personality. He’s been able to fool fans for years despite being the eldest member!

Oh My Girl’s beloved leader Hyojung always manages to fool fans with her aegyo and cute personality. In reality, however, she’s the oldest member of the group.

GOT7’s Mark is always high-tension, bringing tons of energy wherever he goes. This, combined with his youthful appearance, makes tons of fans new to GOT7 mistake him as the maknae.

Chorong may be the leader of the group, but she can easily transform into the maknae any time. When she lets out her playful personality, she truly becomes the maknae.

iKON’s vocalist Jinhwan has an adorable appearance and a petite figure that make fans confuse him as the maknae of the group. In reality, he’s the eldest member!

It’s hard for fans to accept the fact that Lovelyz’ Jiae is born in 1993 because she looks so young! Fans often mistake her as the maknae due to her appearance.

Fans have nicknamed DAY6’s Jae “Chicken Little” for a good reason. He’s just as cute and adorable as the famous movie character! His youthful appearance makes it easy to think he’s the youngest of the group.

I'm not surprised people think Mark (or Bambam) is the maknae of GOT7. Yugyeom has never looked like hte youngest imo and when they're all not acting like absolute maniacs, they all radiate a pretty mature vibe that make them all seem older than they are.

It still blows my mind that not only is Yugyeom younger than not only Mark and Bambam (obviously) but he's also younger than all the other 97 Club members (Jungkook, Jaehyun, Mingyu, DK, The8, and Cha Eunwoo) and Bang Chan from Stray Kids. I don't know if it's because my first GOT7 video was "If You Do" and the shorter hair made him look way older, but it will never compute in my brain.

Seungri will be under trial for eight offenses, including sex trafficking, at the Ground Operations Command
2 hours ago   50   10,565 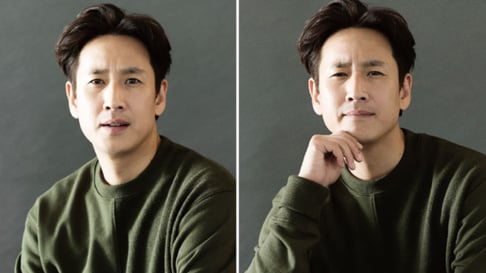 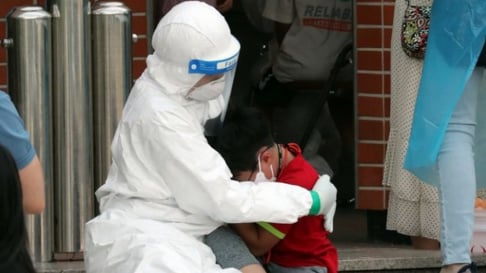 AKP BUZZ
Medical staff members hug an elementary school child who cried on the stairs because he was afraid of COVID19 testing
2 hours ago   9   2,146

Seungri will be under trial for eight offenses, including sex trafficking, at the Ground Operations Command
2 hours ago   50   10,565

#FairTreatmentForGOT7 Trended worldwide as Ahgases sent a truck in front of the JYP Building asking for better treatment for GOT7
7 hours ago   43   12,817