In addition to the brief announcement for the opening of 'Blue Cielo' soon, Park Yoochun updated his official SNS platforms with a new profile photo, boasting bright orange, yellow, and blue colors.

Meanwhile, Park Yoochun also plans on holding a fan sign event in light of the release of his special photobook 'Someday' this coming June, hinting at his return to promotions less than a year after his probation sentence for abusing illegal drugs.

Welcome to our delusional toilet world!

He rapes a woman, gets convicted of meth abuse, promises to retire but of course he comes right back for his fans money.

At this point, I say yes please give him all your money. If you put your shit selves in the goddamned homeless shelter supporting a fucking rapist you fucking deserve it you subhuman degenerate fucks.

TREASURE talk about doing nothing but practicing for their comeback for the past month + members' growths since debut
5 hours ago   5   3,040 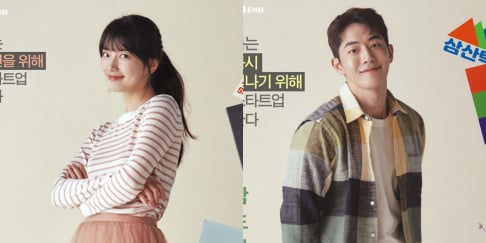 V impresses fans with his unique vocal tone and soulful vocals in BTS’s performance at NPR’s ‘Tiny Desk’
10 hours ago   26   8,605

BTS to once again give a special address of encouragement at the 75th United Nations General Assembly
7 hours ago   21   6,202

Hyoyeon reveals which Girls' Generation member she thinks will marry first
6 days ago   18   39,738