Lee Kwang Soo is in talks to star as the lead in the upcoming movie 'Gwanghwamun Jealousy Fight'.

'Gwanhwamun Jeaousy Fight' will be directed by Lee Won Shik, who was behind 'A Boy's Sister' and 'Traveler from the North', and the story will revolve around jealousy and love among 4 people. However, production company 26 Company has announced the filming has been delayed, and there is no set schedule as of yet.

On April 3, Lee Kwang Soo's label King Kong by Starship confirmed he was reviewing the offer, stating, "Lee Kwang Soo is looking over the casting offer for the film. Details haven't been decided."

The actor is also in talks to star in the sequel to 'The Pirates', while his movie 'Sinkhole' starring Cha Seung Won, Kim Sung Kyun, and Go Chang Suk is opening in theaters this year. 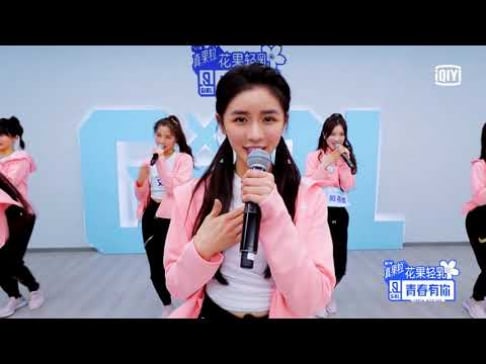 "Youth with You" drops Studio Edition of all 16 group performances

I like him. I would to see a drama where he the main lead. But in a serious tone.

Assa~ if he confirms. So gotta watch.

K-netizens believe the person leaking V and Jennie's photos could be an employee of YG Entertainment
4 hours ago   42   34,548

Massive crowds turn their attention to BLACKPINK's ROSÉ who shined bright at Paris Fashion Week as a global brand ambassador for Saint Laurent
4 hours ago   10   4,226