How Entertainment is officially preparing to launch the label's first ever girl group!

So far, How Entertainment's new girl group trainees are simply being referred to as 'HOWZ'. Starting today (April 8), 'HOWZ' will reveal profiles of one trainee in their girl group lineup every Wednesdays at 12 PM KST.

The first trainee to greet fans with her lovely new 'HOWZ' profile photo is none other than Wang Ke, a beloved former 'Produce 48' contestant! Born in November of 2000, Wang Ke previously garnered attention on 'Produce 48' for her eccentric stage presence.

she looks lovely! i think she really proved herself as a visual to be reckoned with during her Instruction performance

Heechul asks, "Why didn't you appear on a variety show sooner?" as BLACKPINK's Jisoo displays her adorable charms on SBS's 'Delicious Rendezvous'
12 hours ago   30   34,205

AKP BUZZ
[TW] Streamer makes a shocking remark about incest and tries to forcibly kiss his sister
15 hours ago   55   35,607 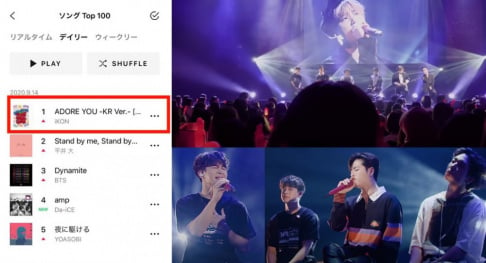 Heechul asks, "Why didn't you appear on a variety show sooner?" as BLACKPINK's Jisoo displays her adorable charms on SBS's 'Delicious Rendezvous'
12 hours ago   30   34,205

Wonho solidifies his place as a star as his debut album lands on multiple Billboard charts
13 hours ago   30   8,227

Hyoyeon reveals which Girls' Generation member she thinks will marry first
2 days ago   15   37,060