After 8 years, the Kim Yoo Jung and Yeo Jin Goo pairing is still irreplaceable for Koreans!

This month, two separate news outlets in Korea have featured the pairing of former child actors, Kim Yoo Jung and Yeo Jin Goo in their articles.

The two actors have shown their irreplaceable chemistry twice on screen, in the dramas “Iljimae (2008)” and “Moon Embracing the Sun (2012)”. However, in these two dramas, the two actors only played the younger counterparts of the main leads.

In an article written by Insight Korea on the 4th of April 2020, they have included the young pairing in their list of “Drama couples who have explosive and great chemistry, that we really want to reunite again!”.

Here’s what they said about the two:

“Yeo Jingoo and Kim Yoo Jung’s acting as child actors in SBS ‘Iljimae’ and MBC ‘Moon Embracing the Sun’ showed great chemistry that didn’t feel like coming from someone with young age, as they left a deep impression on the general public.

As much as the heartwarming picture of the two together, now that they have reached adulthood, there are endless calls for Yeo Jin Goo and Kim Yoo Jung’s romance project.

If the two, who already showed off their heart-fluttering visuals when they were young, meet again, they are surely expected to create a huge hardcore fanbase.”

On the other hand, on the 8th of April 2020, Korea’s top women media, WomenSense, included the young pairing in their list of “Legendary child drama couples who should reunite again”.

Here’s what WomenSense had to say about the pairing:

“Yeo Jin Goo and Kim Yoo Jung played the young crown prince “Lee Hwon” and young crown princess candidate “Yeon-woo” in the phenomenal Korean historical drama, “Moon Embracing the Sun”. Their portrayal contributed greatly into bringing the early atmosphere of the drama, where they perfectly depicted a heartwarming romance despite their young age.

It’s quite clear that Koreans cannot get over the chemistry of these two yet! It’s such a waste of explosive chemistry if Kim Yoo Jung and Yeo Jin Goo do not meet again in a new drama now that they’re both adults. 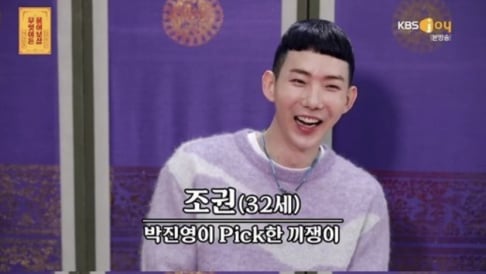 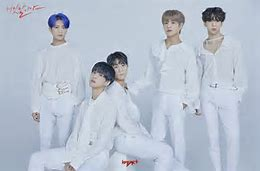 Groups making comebacks in April and May, multi-stans are in danger

I'm not sure that there are current child actors who are as good now as they were :) I remember this drama being the only one where the child actors almost (or did ? :p) overshadow the adults' acting

IF THESE TWO GOT THEIR OWN DRAMA IN THE NEAR FUTURE, I WOULD FREAKING FLIP.
COME ON! THEY SHOULD BE OFFERED LEAD ROLES IN A GREAT KOREAN DRAMA OR SOMETHING.
JAEBALLLLLLLLLLL

K-netizens believe the person leaking V and Jennie's photos could be an employee of YG Entertainment
5 hours ago   51   38,444

Massive crowds turn their attention to BLACKPINK's ROSÉ who shined bright at Paris Fashion Week as a global brand ambassador for Saint Laurent
5 hours ago   13   5,044