Jackson Wang of GOT7 fame has just released his newest single, "100 Ways." He apparently did something right, as the single topped iTunes charts in 35 countries. It hit #42 on the U.S. main chart and #15 on the U.S. Pop Songs chart as well.

I love the backing track. The tempo, the thrumming bass, the piping synths in the chorus, everything. Jackson has a good set of lungs on him and letting the vocals lead the song was a good choice. It's a low-key dance track. Stripping away much of the instrumentation lets Jackson take this where it needs to go. It's a more powerful song for it.

While the message is not all that original, I like how he delivers it. And it's not so much the message as the presentation. This is a damn good song, slickly produced and packaged perfectly.

The MV for "100 Ways" is an elaborate costume drama.

Set in ancient times, it features Jackson, flanked by Chinese warriors. They make their way through a twisted forest, ominously hidden at times by mist and the darkness. There are grave markers in that forest as well. They make their way through it to a tree bathed in golden sunlight. She appears to rise from the dead, the mists giving way so we can see her. And Jackson has the chance to return to his long-lost love, and even death cannot separate them.

It's a fresh take on an old story. An ancient one, even. And while there's not much variation in the scenery until the end, they at least managed to make it interesting. Jackson and his warrior entourage really look like they're stalking through the trees.

Also of note is the dancing -- if you can call it that. They go through an elaborate set of hand motions, twisting wrists, and folding fingers. That is arresting all by itself.

The costumes are awesome. I'm no authority on how authentic they are, but they're stylistic and gorgeous. I can well imagine a Chinese warlord wearing that armor on a campaign of expansion.

i loved it. You don´t have much change of styling or scenery, but the story is delivered well so it is not nesessary. I like the song. Total bop 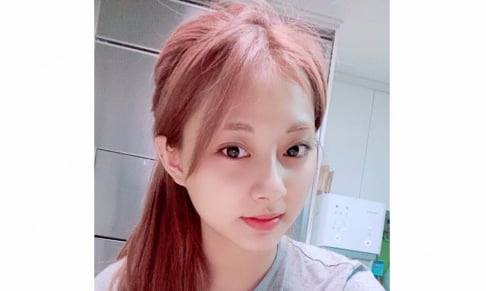 Blinks are furious as they see what they believe to be yet another unfair treatment of Lisa and Jisoo
19 hours ago   73   40,347