Sooyoung shares she was in tears because of her idol group neighbor, Cosmic Girls

Girls' Generation's Sooyoung shared she was in tears because of her idol group neighbor.

On the February 1st episode of Jtbc's 'Knowing Brothers', Sooyoung shared the time she shed tears because of her idol neighbor, Cosmic Girls. Sooyoung said, "On my way home, I was in the elevator with one of Cosmic Girls members' parents. She got off on the floor below mine, and it seemed like she was visiting their home to feed them-give some side dishes."

She continued, "While we were in the elevator together, she picked up the phone and I could hear her daughter's voice over the phone. The daughter asked 'Mom, where are you?' and she replied, 'I'm almost there. I'm in the elevator.' It sounded as if I were talking to my mom, back when I was promoting as the group." "It felt like I was witnessing behind the scenes. Behind every fascinating stage, there is a lot of hard work and effort."

Cosmic Girls have later confirmed that was indeed one of the members' parents on the group's Instagram account. In the caption of Instarstory, they wrote, "That sure is our parent!!"

She lives in the same building as Cosmic Girl's dorms?

Ham So Won decides to get her daughter tested for autism after reading critical comments from netizens
3 hours ago   27   13,872 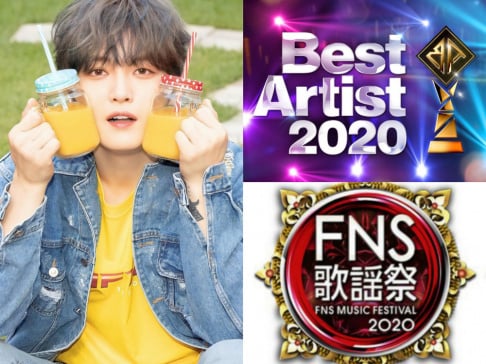 ARMYs are saying BTS was robbed and should've been nominated in more categories for The GRAMMYs especially 'Album of the year'
6 hours ago   66   11,138