Actor Sung Joon has belatedly revealed that he is both a husband and father.

On February 3 KST, his agency released a letter the actor handwrote for fans, where he revealed that he had married his non-celebrity girlfriend prior to enlisting in the military in December 2018, and the couple has since welcomed a child.

The letter reads as follows:

"Hello. This is actor Sung Joon, who has not greeted all of you in a while.

I'm not very good at expressing myself, but after deliberation over how well I - who wanted to tell you - could express my personal story, I picked up this pen.

Presently, I have been serving as a soldier in the South Korean army for a little over a year.

Around the time I joined the military, the biggest change of my life and also happiest event happened. It is the arrival of someone I love and will be with for the rest of my life. While happily making wedding plans, we learned the news we were going to have a baby.

It was such a great joy, also a miracle and a blessing. But as I joined the army right away, I wanted to prioritize the protection of the two precious people that came to my life. So the legal process for marriage was carried out as soon as possible, and we did not have a wedding ceremony where we could personally greet many people. It was because I thought it would be the best thing for me to do when I was about to join the army.

Then a year passed, and recently, I was worried about my wife, who has endured everything alone without me, so I applied for a change of service, and recently, I started my remaining military service as a regular military worker [a special circumstances solider who can serve during the day, then go home at night].

As an inexperienced first-timer, I wanted to keep my family a little closer, and because of this I wanted to tell all of you honestly about my personal story as well, which I had to delay a little bit.

It is happy and good news, but I feel sorry for not saying anything right away, and as a beginning head of a household, I would be really happy if you could understand my story.

After finishing my remaining military service, I'll be back both as actor Sung Joon and head of a family, with a stronger and more mature image than now.

Meanwhile, Sung Jae is known for his lead roles in dramas such as 'Shut Up Flower Boy Band,' 'Can We Get Married,' and 'Gu Family Book.'

It's funny... It's like this man isn't allowed to be a normal human to the comment section. This is a common thing. A lot of people have been married and had children before or during the wedding. It's hilarious to see how as soon as he goes public about his relationship it's immediately thought that it was a forced marriage because he got her pregnant. Can't y'all just let people be happy? This is a perfect example of why celebrities don't like to tell fans about their relationships. Furthermore, from the comments I've seen while I was here.. there was only 1 actual comment congratulating him instead of making assumptions. Thank you for your time.

I really don't get all these conservative and bitter comments below. I might get hate for this comment, but I don't care, I'll say it just to give certain people a reality check that they really seem to need.

1. Babies don't just happen. Yes, there are one night stands that end in pregnancy, but not always and often as most virgin fans seem to think. Usually even for married couples that try hard to get pregnant they need a couple of month. Which means that the relationship was serious and long enough for them not to care for protection and for the baby to happen. So the wedding wasn't forced, it just happened earlier then expected.

2. Marriage doesn't equal to love or long term relationship. I know couples that have divorced after 24 years of marriage. And others who never got married on paper but are still happily married and have grown up children. I'm not married on paper but we live together and have a child. Guess what? We've been together for 5 years, our child is 3 years old and our relationship is as strong as ever. It's not about paper, it's about mentality.

3. If your religion is against sex before marriage, then you don't have it. That's your choice. Not everyone has the same religion, or is that pious to care or base their entire life decisions on it.

4. The opinion of fans in the end doesn't matter. You don't own them nor have any say in their life. A normal fan that's mature enough realizes that. The chances of a fan marrying an idol, actor or famous person are pretty low, if not impossible. And they can't save themselves forever for people they don't even know and are strangers to them. Of course they'll fall in love with people they see and interact with. Most of these 'pure oppas and unnies' date and have sex and eventually will get married to someone they love (which 99.9% might not be you). So be mature and respect that. 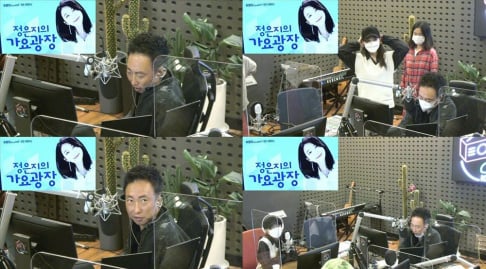 A Pink's Eunji arrives late for her radio show, Park Myung Soo fills in for the opening comment
2 hours ago   3   10,426

Fans and netizens discuss about RM's transformation from skinny leader to manly leader
8 hours ago   34   16,275 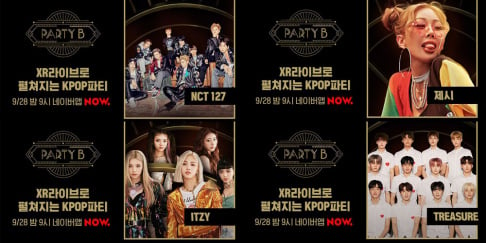 A Pink's Eunji arrives late for her radio show, Park Myung Soo fills in for the opening comment
2 hours ago   3   10,426 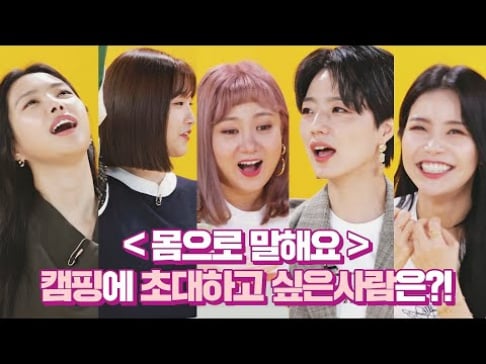 Fans and netizens discuss about RM's transformation from skinny leader to manly leader
8 hours ago   34   16,275