'Produce 101 Japan' cut off any ties with the Korean version of the program.

The official site of the show announced that 'Produce 101 Japan' was organized separately from the Korean 'Produce 101' series, and that CJ ENM and its staff had no connections to the Japanese shows. They also explicitly denied that there were any manipulations with their voting, and that they were working diligently to prevent any sort of rigging.

Have you been watching 'Produce 101 Japan'?

wow.. this is either 1. a mistranslation or 2. a bold faced lie 😂 cause straight on the Wikipedia page it says : 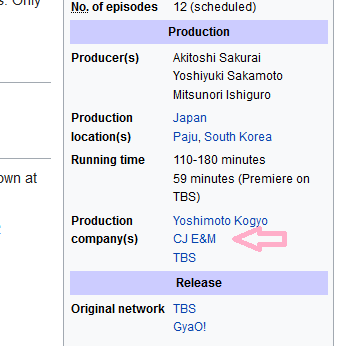 Mina's agency announces she will be released from hospital soon; to receive additional medical treatment
7 hours ago   23   10,690

Mina's agency announces she will be released from hospital soon; to receive additional medical treatment
7 hours ago   23   10,690

BTSV's African Fanbase is in the limelight once again after another inspiring anniversary project for Kim Taehyung
23 hours ago   14   1,176